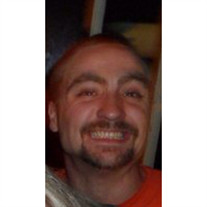 Tyler Michael Richardson, a Shelton resident died Tuesday, March 21, 2015 at Lebam, Washington; he was 28. Tyler was born July 31, 1986 in Olympia, Washington to David and Susan (Christianson) Richardson. â€œWe all had wonderful times going to Disneyland, Sea World, Universal Studios on many occasions; going to Arizona to visit relatives, and Easter egg hunts in Big Bear. Tyler enjoyed fishing with his brother at Yawn Lake with friends. His first job was at Jack in the Box, but when he got a call to go to work at the plywood mill he was so happy. Tyler was a jokester and played many pranks on all of us. I am sure everyone has their own story. Son, dad, brother, and friend, Tyler will be missed by so many. His Beautiful Blue eyes â€" like cracked marbles, his smile, laugh, and sense of humor will surely be missed by many. He was so loved by his family and friends and will be so missed.â€ Tyler is survived by his mother Susan Hopkins of Shelton, a son Cooper James Richardson of Shelton, WA; one nephew, Elijah Hernandez of Shelton; 3 nieces, Alexis Richardson-Godfrey of Shelton, Cynthia Smith of Lebam, and Savannah Smith of Montesano. He is also survived by his uncle Mike Christianson; 2 cousins, Michael Christianson and Seth Brule, and Tylerâ€™s Aunt Debbie Brule; a brother Richard Hopkins Jr. of Shelton and two sisters, Renee Richardson of Shelton, and Angela Braack of Lebam. He also leaves behind special friends; Max and Jaron Garza, Michele and Katarina Tulk, Kyle Geary, Wendy and Sergai Kurnosoff, Zach Reynolds, and Delbert Jones. Private memorial services will be held. Cremation arrangements were in care of Stollerâ€™s Mortuary in Raymond.

The family of Tyler Richardson created this Life Tributes page to make it easy to share your memories.

Send flowers to the Richardson family.