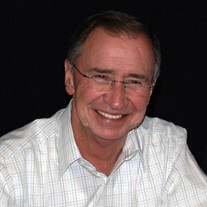 Sankey C. Russ better known as “Timmy Transit” passed on January 5, 2019. He was born to Willard and Elaine Russ on April 14, 1945 in Roaring Springs, PA. As a child of five he and his family moved to Casa Grande, AZ where he resided until going off to college. Tim graduated from Pasadena College in 1971 when he began his career in transportation which expanded over 45 years. He married Cathy on July 15, 1978 in Fullerton, California. They were married for 40 years and enjoyed living first in New Mexico and then finding “Paradise” in 1996 in Raymond, Washington. Hired by Pacific Transit he served as Director for 20 years and became known as “Timmy Transit.” During this time, he served on many boards: Willapa Harbor Hospital Commission, PCOG, PCEDC, TAC, WHCC, PACEMA, WSTIP and WSTAP. For the last 10 years Tim and Cathy with their dear friends were able to travel and enjoy many special places around the world, sharing laughter and making lots of memories. Upon retirement, there were two things Tim really enjoyed, having lunch with the “guys” and loving his cows, dogs and cat. Thoughts from the hundreds of memories offered by Tim’s friends include; a leader in his industry, mentor, warm, genuine and caring individual, life of the party, charmer, his ability to cut through the crap and a better storyteller has never lived. For his wife Cathy it’s his smile that would light up his eyes and hearing him laugh. He is survived by his brother, Robert Russ (Emily) of Casa Grande, AZ; his children: Tim Russ of Casa Grande, AZ , Kimberly Johnson (Mike) of Casa Grande, AZ; his grandchildren: Amanda Hoff (Mike) of Casa Grande, AZ, Whitney Gauna (Greg), Casa Grande, AZ, Allison Hanley (Mike) of Casa Grande, AZ, Brooke Johnson of Casa Grande, AZ; and six great-grandchildren. Tim was preceded in death by his parents, one son (James) and one daughter (Patricia “Shelly”). Join Cathy, family and friends at Tim’s Celebration of Life on Saturday, February 9, 2019, 11:00 a.m. at the Elks Lodge #1292, 326 3rd St., Raymond, WA. Arrangements were in care of Stoller’s Mortuary in Raymond.

The family of Sankey Tim Russ created this Life Tributes page to make it easy to share your memories.

Send flowers to the Russ family.