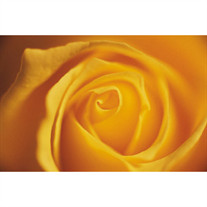 Rosalie Mae Langbraaten McFarlane passed away July 27, 2013, at Willapa Harbor Care Center. She was 87. She was born April 19, 1926 in Nemah, WA, to Chester and Irene (Carter) Michael. After graduating high school she attended St. Peterâ€™s Nursing School, where she became an RN. She married her soul mate, Peter Langbraaten on January 25, 1947. They had eight children: Deanna (Richard) Paige, David, Stephen, Petra (Dave) Workman, Jon, Lauren (Lloyd) Lagergren, Jerry (Kathy) and Peter. Nine grandchildren and seven great grandchildren also survive her. Her husband, Peter, died in 1989. She married Clyde McFarlane in 1993, who died in 2004. She was also preceded in death by her daughter, Deanna; son David, and granddaughter Tara, and her six siblings. She and her family spend many wonderful summers at Hood Canal. Most of her nursing career was spent at the Willapa Harbor Hospital, and later at Harborâ€™s Home Health. Rosalie was a proud member of the Lioness Assoc., and contributed to many charities throughout her life. Graveside services will be held at 3:00 p.m., Thursday, August 1, 2013 at the Fern Hill Cemetery in Menlo, followed by a celebration of life at the home of Dave and Petra Workman, located at 1 Holcomb Road (mile post 10) just East of Menlo.

The family of Rosalie McFarlane created this Life Tributes page to make it easy to share your memories.

Send flowers to the McFarlane family.