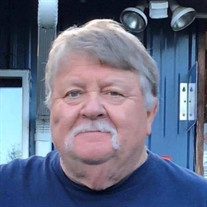 Chief Robert “Bob” Jones passed away on Thursday, April 2nd at St. Peter Hospital in Olympia. Bob was born August 11, 1943 in Aberdeen to Stella and Hop (Clyde) Jones of Raymond. Bob grew up and attended school in Raymond, playing football and baseball until graduating from Raymond High School in 1961. Bob joined the Navy, serving oversees in Western Europe and Cuba, completing his service in 1964. He returned home to Raymond and joined the Raymond Fire Department as a volunteer. Bob began his full-time career with RFD in 1967. He became a lieutenant in 1970 and in 1973 was promoted to Chief, a title he is still know by today. Chief Jones expanded the services of RFD to provide emergency medical services for the citizens of north Pacific County. Under his leadership NPCEMS became a successful system that continues to this day. In 1992 Chief Jones retired after a distinguished career at RFD to work as an instructor for the Washington State Fire Training Academy in North Bend, Washington. He worked as an instructor and as an administrator until trying retirement again in 2013. Not one to stay still for long, Bob returned to the Fire Training Academy in 2014 as a deputy state fire marshal. He simultaneously served as a commissioner with the Pacific County Fire District #3 and Pacific County Civil Service Commission. Bob selflessly donated hours of his time and service to the community. He was member of the Elks Club, VFW, and the Retired Firefighters Association, among others. He was active in the Pacific County Car Club and for many years organized the popular car show at the yearly Willapa Harbor Festival. He thoroughly enjoyed cooking and his homemade pizza at the annual Elks Apple Cup party was always a hit. He put on many delicious dinners at the Elks to benefit various school events, community charities and scholarship funds. Chief Jones was respected and loved by many and anyone who met him left knowing him as a friend. Chief Jones is survived by Jeanne, his wife of 52 years; his two children Casey (Renise) Jones, and Leslie Jones-VanBlaricom; four grandchildren, Emily, Casey Jr., Caden, and Marshall; two bonus granddaughters Olivia and Ava; sister, Lynne (Les) Goodwin; brother Jerry (Mary) Jones. Donations on behalf of Chief Jones can be made to the Raymond Fire Department Scholarship or to the Raymond Elks Scholarship. A memorial service will be planned at a later date.

The family of Robert "Bob" Jones created this Life Tributes page to make it easy to share your memories.