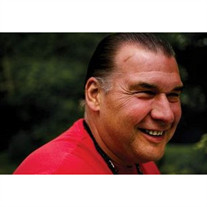 Raymond E. Gardner, 59, passed at his home just outside of Menlo, WA. Feb. 3rd after a long struggle with Idiopathic Pulmonary Fibrosis. He was born in South Bend, WA. He married Jill Strago in Raymond at the home of his wife\\'s sister\\'s home on April 16, 1977. He was raised in South Bend & attended the South Bend Schools until 1974. He then moved to the Willapa Valley area after marrying Jill. Surviving at the family home outside Menlo, WA is his loving wife Jill of almost 38 years. Also surviving Ray is his mother, Lois Burks, of Menlo, WA. His step sisters Carla Kubin (John) of Raymond, WA Chrissy Burks (Javier) of Olympia, WA, Debbie Manavian (George) of Orange, CA, Angie Cain (Greg) of Salmo, B.C. & one step brother Gene Burks (Tina) of Raymond, WA. Passing before him was his father Ray & sister Cindy Cherry. Ray worked as a Transportation Specialist/Investigator with the state of Washington for 24 years. He also worked in local mills, the oyster beds, on a commercial crab & charter boats. Ray drove many types of trucks for 16 years. Ray was chairman of the Chinook Indian Nation and served their council for 13 years. Through his mother he was a descendent of Chief Huskswelt of the Willapa Tribe of the Chinook Indian Nation. He also served on the executive board of American Rivers in Washington D.C. and on the Pacific County Marine Resource Council. Ray had a great friendship with the Grays Harbor Historical Seaport which resulted in annual Columbia River trade events in Astoria & Ilwaco with the tall ships Lady Washington & Hawaiian Chieftain. He also had the opportunity to sail up the coast many times on the Lady Washington. Ray enjoyed participating in the Chinook entry in the Loyalty Day parade & the South Bend Labor Day parade. He mentored native youth at both Greenhill & Naselle Youth camps. He traveled to Washington D.C. to lobby in the Senate & House of Representative & to testify before the Natural Resources Committee in an attempt to correct the injustice of the Chinook Indian Nation lack of federal status. Ray\\'s public speaking was one of his strong points and always spoke from his heart which touched many people across the U.S. His ability to span the difficult cultural issues addressed as part of the Lewis & Clark Bicentennial resulted in William Clark\\'s descendants returning a replica of a canoe stolen from the Chinook over 200 years ago. Ray\\'s input, advice & involvement in the development of the Middle Village/Station Camp Unit of the Lewis & Clark National Historical Park was critical in successful park completion. Ray enjoyed skippering his canoe itsxut (Black Bear), on the Columbia River & Willapa Bay. He enjoyed carving Chinookan style canoe paddles, maintaining his home & yard, fishing from the riverbank of his home, reading, clam digging & traveling. One of his favorite things to do was to \\\sit and watch the river go by\\\" as he said. His kindness & leadership resulted in many friends & colleagues all over the United States, Canada, Asia &-Europe. There will be no service at his request. Although a Celebration of Life may happen at a later date. Donations may be made to the Chinook Indian Nation, P.O. Box 368, Bay Center, WA 98527 or HAVA (Hava Heart Animal Shelter} P.O. Box 243, Raymond, WA or the charity of your choice. Arrangements are in care of Stoller\\'s Mortuary in Raymond.

Raymond E. Gardner, 59, passed at his home just outside of Menlo, WA. Feb. 3rd after a long struggle with Idiopathic Pulmonary Fibrosis. He was born in South Bend, WA. He married Jill Strago in Raymond at the home of his wife\\'s sister\\'s... View Obituary & Service Information

The family of Raymond Gardner created this Life Tributes page to make it easy to share your memories.

Raymond E. Gardner, 59, passed at his home just outside of Menlo,...

Send flowers to the Gardner family.