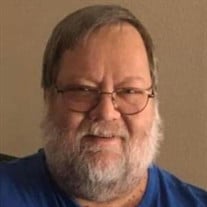 Phillip David Hjembo passed away on January 1, 2022 at Providence St. Peter's Hospital in Olympia, Washington. He had a long, hard fight with kidney failure over the last 10 years. Three years ago, a life-threatening infection made his battle that much harder. Through all the pain, he still fought. This time, however, he decided he couldn't last through this pain much longer. There was not much more that could be done for him that would provide a good quality of life, and he was at peace going to be with the Lord. Phillip was born to Reverend Ralph and Gloria Hjembo, July 29, 1961. He was born in Denville, New Jersey. He graduated high school from Hillcrest Lutheran Academy in Fergus Falls, Minnesota, in 1979. He attended college at Pacific Lutheran University, graduating with a BA in Business Administration. He went on to start his career in Enumclaw, Washington with, at the time, Community Memorial Hospital, which is now St. Elizabeth's. He serviced as Chief Financial Officer (CFO) there for the majority of his career, while also building a family with his wife Patrice. He then went on to work as CFO at Willapa Harbor Hospital in South Bend, Washington, where he retired in 2018. Phillip had a great life and was surrounded by so many loved ones. He was a very kind and funny guy. A loving husband, father, and son. He adored his family. Even in his last days, he made sure to make us laugh, and that we will be taken care of. He was blessed with the opportunity to say goodbye to so many before he passed. He is survived by his wife, Patrice, and daughters, Shelby (Sanford) and Allyson. Parents, Reverend Ralph and Gloria, a brother Paul. He is also survived by other extended family including brothers-in-laws, nieces and nephews and his two grandsons, Carter and Cameron. Phillip is preceded in death by his sister Carolyn and his grandparents. There will be a celebration of life for Phillip sometime in ate spring. He wanted a BBQ in good weather, so we want to honor his wishes. Even in his last days, he was thinking about a BBQ. Invitations will go out to anyone who would like to attend when it gets close to the celebration. In lieu of flowers, we ask that you consider making a donation to the family's home church, South Bend First Baptist Church, the American Diabetes Foundation, or to the American Kidney Fund in honor of Phillip.

Phillip David Hjembo passed away on January 1, 2022 at Providence St. Peter's Hospital in Olympia, Washington. He had a long, hard fight with kidney failure over the last 10 years. Three years ago, a life-threatening infection made his battle... View Obituary & Service Information

The family of Phillip David Hjembo created this Life Tributes page to make it easy to share your memories.

Phillip David Hjembo passed away on January 1, 2022 at Providence...

Send flowers to the Hjembo family.