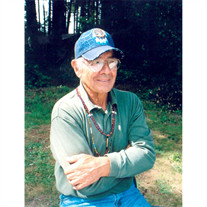 "Phillip was born on October 3, 1936 to Catherine Jane Hawks and Harry Haagensen at Goose Point in Bay Center, WA. He was born at the home of his great grandmother Annie Victoria Lewis Hawks. He died on April 11, 2017 at his home in Bay Center, WA of sudden cardiac arrest. He was the last Chinook baby born at Goose Point. In his early childhood, he lived with chica, his great grandmother, Annie Victoria Lewis Hawks. She instilled in him a strong work ethic. Phillip was cutting firewood as soon as he could walk. As a young child when chica would get the lantern out he got excited because it meant they were going visiting. On one visit to great uncle Willie George and Ida\\'s, Phillip blurted out in his native language of Chehalis, \\\well", we might as well go home, they are not going to feed us here\\\" he was thinking that great uncle Willie would not understand the language. Phillip was demonstrating his knowledge of his culture that everyone welcomed into a Chinook home should be fed. When his mom married Lloyd Lorton he started collecting siblings, his sister Margaret being the first, they had a closeness that lasted a lifetime sharing many memories together. Then along came Dorothy, Leroy, John, Sarah, Carl, Vernon, Raymond, Lester, Ralph and Hess. Phillip also has and older half-sister, Harriet Haagensen King of Omaha, NE. When he attended grade school at Bay Center School he had to learn to speak English as a second language. One of his favorite memories at the Bay Center School involved an earthquake and a teacher jumping out the window. He attended high school in South Bend where he played football and graduated in 1954. He later served on the South Bend School Board for eight years. He joined the Army in July of 1954 where he served as a paratrooper, medic, and played football. After serving three years in the Army he attended Grays Harbor College where he played football. He graduated from Peninsula College in Port Angeles with a fisheries degree. After graduating from college in 1966 he went to work for the U.S. Bureau of Commercial Fisheries serving on the Research Vessel George B. Kelez which sailed between Alaska andHawaii. He then worked at the Willard National Fish Hatchery in South Central Washington on the Columbia Gorge. He returned to Bay Center to work for Lorton Enterprises. He also worked in the oyster industry and gillnetted in Alaska. Phillip retired from Weyerhaeuser Company in Raymond where he worked for 28 years, 18 of those years spent as a timber faller. Most recently, he crab fished with his sons on Willapa Bay. On February 6, 1961 Phillip married Clara Harrison in Montesano, WA. They had just recently celebrated their 56th wedding anniversary. Phillip and Clara raised four children in Bay Center, Kathy, Phillip L., Vicki and Ray. Phillip was very active in the Bay Center community serving as a volunteer fireman and fire chief for the Bay Center Fire Department. He later went on to be elected as a commissioner for Fire District #6. He was one of the first \\\"First Responders\\\" in Bay Center. He was a member of the Bay Center Improvement Club where he served on the Cemetery Committee. He played Santa Claus for the Bay Center Community Christmas program for many years. He also helped host scary haunted houses for community Halloween parties. He loved Halloween and really enjoyed working in the haunted houses. He loved to tease people. He coached tee-ball and farm team baseball in Bay Center. He was active with the 4-H program. He helped start the Indian Education Program for Native American children. He participated in the Logger\\'s Playday in the keg toss and ax throw Phillip was a proud member of the Chinook Canoe Family, setting a high standard for the young people to follow. When he was 70 years old he paddled from Squaxin Island to Lummi Island, paddling every day, all the way. He enjoyed all his family and friends that he met over the years. He also served on the Chinook Tribal Council for many years. He was active in the cultural committee as well as the scholarship committee. Phillip was an enrolled member of the Quinault Indian Nation where numerous relatives survive him. Phillip is survived by his wife Clara Hawks of the family home, daughters Kathy and Kenny Rohr of Montesano, WA, Vicki and Glenn Killingbeck of Bay Center, WA, and son Ray and Jerri Hawks of Ocean Shores, WA. He is also survived by eight grandchildren, Ryan, Kelli and Leanne Rohr, Ethan Hawks, Chase Huizenga, Brandon and Justin Killingbeck and Eric Trent and two great grandchildren Leena and Lewis. His sisters Harriet King of Omaha, NE, Margaret,Payne of South Bend, WA, Dorothy Hill of Naselle, W A, Sarah Haaitia of Naselle, W A. Brothers John Lorton of Montesano, W A, Carl Lorton of the Quinault Indian Reservation, Lester, Lorton of Grand Mound, WA, Raymond Lorton of Elma, WA, Vernon and Ralph Lorton of Bay Center, WA, and Hess Lorton of Westport, W A. Too numerous to count nieces and nephews survive him as well. He was preceded in death by two sons, Phillip Lewis Hawks and John Matthew Hawks, his parents Catherine Lorton, Lloyd Lorton and Harry Haagensen, as well as brother LeRoy \\\"Butch\\\" Lorton. Phillip was a direct descendent of Chinook Chief Huckswelt (aka. Tom Hawks), one of the signers of the Tansey Point Treaty of 1851.

"Phillip was born on October 3, 1936 to Catherine Jane Hawks and Harry Haagensen at Goose Point in Bay Center, WA. He was born at the home of his great grandmother Annie Victoria Lewis Hawks. He died on April 11, 2017 at his home in Bay Center,... View Obituary & Service Information

The family of Phillip Hawks created this Life Tributes page to make it easy to share your memories.

Send flowers to the Hawks family.