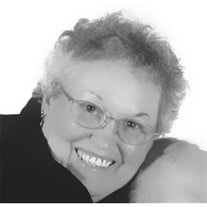 Penny passed on to Heaven on Saturday, July 27, 2013, in Montesano,Washington. She was born Penny Lee Clayton on September 10, 1943, in Woodland,California.She lived in Woodland and Truckee (California), Shreveport (Louisiana) and Reno (Nevada) prior to moving to the Altoona and Raymond (Washington) area. She graduated from Woodland High School. She was a wife, mother, homemaker, gas station attendant, PBX operator and retired as a dispatcher and secretary for Cardivan Company in Reno, Nevada. She was preceded in death by her parents; and three brothers, Blaine, Richard and Ronald Clayton. She is survived by her significant other, Thomas Deufel, together they have traveled all over the World; her children, Cheryl Almond (Al) of Reno, Nevada, Norman Horner (May) Olympia, Washington and Rhonda Horner (Mike Seaman) of Applegate, Oregon; brothers, David Clayton (Stella) of Woodland, California and Gene Clayton of Oregon. Penny also loved Tom\\'s children as her own, Sharon Hastings, Mike Deufel (Theresa), Tommy Deufel (Rita), all of Raymond, Washington. Also surviving her are sister-in-laws, Helen Clayton of Sacramento, California and Dee Clayton of California; several grandchildren, great-grandchildren, nieces and nephews. She was a loving and caring mother, wife and friend. She was loved by her family and is going to be missed greatly. Memorial donations may be made to the Raymond Ambulance Fund at 212 Commercial Street, Raymond, WA 98577.

Penny passed on to Heaven on Saturday, July 27, 2013, in Montesano,Washington. She was born Penny Lee Clayton on September 10, 1943, in Woodland,California.She lived in Woodland and Truckee (California), Shreveport (Louisiana) and Reno (Nevada)... View Obituary & Service Information

The family of Penny Nichols created this Life Tributes page to make it easy to share your memories.

Send flowers to the Nichols family.