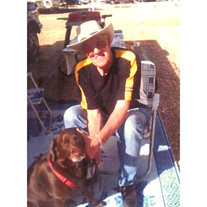 Patrick Arthur Robinson (Gomer), a Tokeland resident died Tuesday, May 6, 2014 at his home; he was 87. Patrick was born September 15, 1926 in Vancouver B.C., Canada to Charles and Georgina (Fleming) Robinson. Patrick grew up in Vancouver BC until joining the Army, He served in the Canadian Armed Forces during WWII. After returning home he met Shirley. Patrick married Shirley Eacott on September 15th of 1951 in Vancouver B.C. she survives him at the family home in Tokeland. He is also survived by a son Patrick J. (Darice) Robinson of Portland, grandchildren Brooke, Patrick and Cassidy; great grandchildren Jacob, Christian, Molly, Cailyn, Aubrey and Paisley; nephews Greg, Larry and Les Robinson of Enderby, British Columbia; brother-in-law Geoff and Patti Eacott of Prince George British Columbia, nieces Allison and Susan; and a close cousin Bud (Barb) Graham of Victoria B.C. Patrick was preceded in death by his parents Charlie and Georgina and a brother, Leonard Robinson. Patrick and Shirley moved to Portland Oregon in 1953 where he continued his occupation as a printer and was heavily involved in the Printing Pressmans Union, in 1964 he quit his job and opened his own printing company (Hollywood Impress Printing) which is celebrating its 50th year anniversary this year which has been operated by his son Patrick and daughter-in-law Darice since his retirement in 1992, since his retirement Pat and Shirley traveled every year during the winter months to Bullhead City AZ and spent their summers at their home in Tokeland, Pat loved singing, woodworking, traveling and gardening. He was always known for his God gifted irish tenor voice which he would sing songs from the teens to the 50\\'s. Plus he always entertained his friends and family with his many one liner jokes that could make anyone smile. There will be a Irish wake in the celebration of his life on May 17th at 2pm at the Trade Winds by the Bay Club House, 4305 Pomeroy Lane, Tokeland, WA 98590. Please RSVP at [email protected] or call Jay at 503-975-8937 or 360-267-4701 Arrangements are in care of Stollerâ€™s Mortuary in Raymond.

Patrick Arthur Robinson (Gomer), a Tokeland resident died Tuesday, May 6, 2014 at his home; he was 87. Patrick was born September 15, 1926 in Vancouver B.C., Canada to Charles and Georgina (Fleming) Robinson. Patrick grew up in Vancouver BC... View Obituary & Service Information

The family of Patrick Robinson created this Life Tributes page to make it easy to share your memories.

Send flowers to the Robinson family.