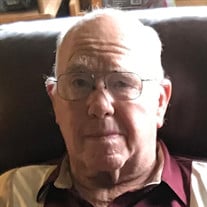 Norman Lester Mosier, 81, of Lebam Washington, passed away on October 24, 2019 peacefully in his sleep. Son of Lester and Margaret Mosier, Norm was born in Davenport, Nebraska on July 17, 1938. He graduated from Davenport Highschool. He continued his education at the University of Nebraska. From there he joined the US Army and received his certification as an electronic technician. Norm then attended Flight School an obtained his private, single, twin engine, instrument, instructors, float plane and commercial rating. He met the love of his life in Superior Nebraska and married Sharon K Mosier (Hutt) on May 3, 1959; and was happily married for 60 years. After college Norm worked for a short period of time for the Lincoln Telephone company, he then entered the US army and after honorable discharge briefly worked for Union Pacific Railroad. Soon after that accepted a position with the Boeing Aircraft Company in Wichita Kansas. He spent a short period of time working for Lear jet then in 1965 transferred with the Boeing Co. to Seattle Washington where he then retired in 1995 and moved to a small farm in Lebam WA. Norm had a large variety of interest and hobby's, which included flying, fishing, hunting, hydro plane racing, snowmobiling, his small farm with an assortment of critters and horses. Norm was a man of few words but a friend to all he knew and met. He would always extend a helping hand not only to his family and friends but to anyone in need. Norm so loved his family; they were always in his heart and at the top of his list. Survived by his wife Sharon, two children Brad Mosier, daughter Debbie Ottwell and her husband Roger, two grandchildren, Kyle Ottwell, Alycia Sullivan, her husband Dan and great grandson Dax, sister Joan Ashford and her husband Gene, many nieces and nephews as well as many great friends. In lieu of flowers memorial donations may be given to Lebam Community Church P.O. Box 188, Lebam WA 98554. The family of Norm Mosier wishes to thank the many family and friends who were a part of Norms memorable life.

Norman Lester Mosier, 81, of Lebam Washington, passed away on October 24, 2019 peacefully in his sleep. Son of Lester and Margaret Mosier, Norm was born in Davenport, Nebraska on July 17, 1938. He graduated from Davenport Highschool. He continued... View Obituary & Service Information

The family of Norman Lester Mosier created this Life Tributes page to make it easy to share your memories.

Norman Lester Mosier, 81, of Lebam Washington, passed away on...

Send flowers to the Mosier family.