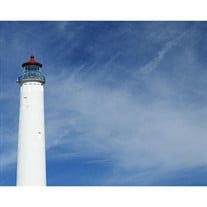 Nancy Neville Pearsall, age 86, of Iron Springs Park, Copalis Beach, Washington, passed away on Tuesday April 8th, 2014 at Willapa Harbor Health Care in Raymond, Washington. She was born in Norfolk County, Virginia on December 8, 1927 to Henry Willis Neville and Ellen Sours Neville. She attended the College of William and Mary, the University of Virginia, and the University of Washington, School of Medicine, where she earned M.S. and PhD degrees in the areas of immunology and medical microbiology. Her love of teaching led to co-authoring a number of textbooks in immunology and medical microbiology for college undergraduates and medical students. She served on the editorial board of several scientific journals and as a consultant to the National Institutes of Health. She was a faculty member in the Department of Microbiology and Immunology at the University of Washington for many years, and served for 10 years as Professor and Head of the Department of Pathology and Microbiology in the School of Medicine at the University of Zambia, part of the time as a Fulbright Professor. While in Zambia, she also helped establish a program allowing post graduate doctors to be trained within the country of Zambia, and an immunology lab to serve the needs of central Africa. In addition to her academic work in Africa she supported and nourished the children of several families at a time when HIV was beginning to ravish the countryside. She was an active member of St Markâ€™s Cathedral for many years. She had a love of animals and enjoyed the wildlife of Africa as well as the birds of the Pacific Northwest. A series of dogs and cats were beloved companions over the years. She is survived by two sons, Herbert Rowland Pearsall Jr, MD, and Stephen Neville Pearsall, two daughters-in-law, Jane Mitchell Pearsall and Iris Lefkowitz Pearsall, four grandchildren, and two great grandchildren, as well as her sister Edith Neville Cassell. She was pre-deceased by her husband Herbert Rowland Pearsall Sr, MD, and a brother Henry Willis Neville III. She will be buried with her husband in Evergreen Burial Park in Roanoke Virginia. The ceremony will be private. All who knew and loved her are encouraged to keep her in their thoughts when they walk the ocean beaches or enjoy a beautiful Northwest sunset. Cremation arrangements were in care of Stollerâ€™s Mortuary in Raymond.

The family of Nancy Pearsall created this Life Tributes page to make it easy to share your memories.

Send flowers to the Pearsall family.