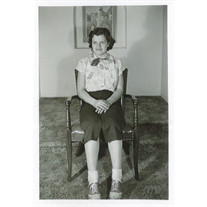 Joan M. Croswell, a Raymond resident, died Saturday, September 9, 2017 at Olympia Transitional Care; she was 78. Joan was born Jan 3, 1939 to Albert and Lucyle Winters in Vancouver, WA. Joan grew up with a love for animals, especially horses, which she began riding at a very early age. She met her husband James at the Washougal Saddle Club. They were married January 14th, 1956 in Camas, WA. After James started work for the Dept. of Fisheries, they moved with their 3 children to the Auburn Fish Hatchery. They were then fortunate to get an offer for the Klickitat Fish Hatchery, which they lived at for 4 years. When an offer came in for the Willapa Fish Hatchery, they again packed up the family and permanently settled in Pacific County. They both loved hunting and fishing which made this their perfect home. Joan also worked for many years at East Point Seafoods. After retirement, they began to travel. They traveled between Alaska, Nevada, and Arizona, but always kept a home in Raymond. She is survived by her children, James â€œDanâ€ and Esther Croswell, Mathew and Debra Croswell, Debra and Tom Wilson, her 8 grandchildren, Josh, Phillip, Aaron, Rosina, Maria, Jacqueline, Amanda and Blake. She is also survived by 11 great grandchildren. Joan was preceded in death by her husband and her parents. Her children will hold a private gathering at a later date. In lieu of flowers, you may donate to HAVA at P.O. Box 243, Raymond, WA 98577 or Willapa Harbor Helping Hands at P.O. Box 597, South Bend, WA 98586. Arrangements are in care of Stollerâ€™s Mortuary in Raymond.

The family of Marion Croswell created this Life Tributes page to make it easy to share your memories.

Send flowers to the Croswell family.