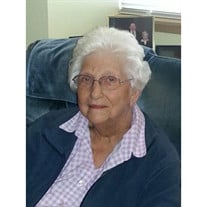 Margaret Alice Peterson, 84, a longtime resident of South Bend, died Sunday, January 11th at Willapa Harbor Care Center. Daughter of Albert â€œPegâ€ & Caroline Craig, she was born March 1, 1930, in South Bend. Graduated from Willapa Valley High School in 1948. She married Ben Hudziak a short while after graduating, they later divorced. She married Lawrence â€œSkipâ€ Camenzind, in 1956; three children Mary Bogar (Cal), Carolyn Hilgart (Doug Nevitt) and Larry Camenzind (Linda) were produced from that union. They were later divorced. In November 1988 she married Stanley A. Peterson. They remained married until he died in 2012. Margaret is survived by her three children, sisters Dana Becker (Gary), of Casper, Wyoming and Louise Bryant (Bill), of Foster, OR and sister in law Joyce Craig of Menlo; 7 grandchildren, 6 great grandchildren and numerous nieces and nephews. She was preceded in death by her parents, a sister Constance Burkhalter and a brother Richard Craig. Margaret was employed many years as a clerk for Willapa Harbor Cablevision, Sears, retiring from local JC Penney store when it closed. Funeral Mass will be held at 11:00 a.m. Saturday, January 17, 2015 at Stollerâ€™s Mortuary in Raymond with burial to follow at the Fern Hill Cemetery in Menlo. A celebration of life will be held at the American Legion in Raymond. Memorials may be made to Alder House, P.O. Box 1400, South Bend, WA 98586.

The family of Margaret Peterson created this Life Tributes page to make it easy to share your memories.

Send flowers to the Peterson family.