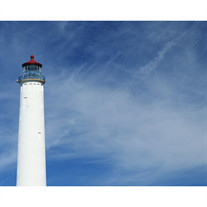 Lester Phillip Bray, 79, a Raymond resident, died Saturday, April 26, 2014 at the Willapa Harbor Care Center in Raymond. He was born September 20, 1934 in Elma, WA to Everett Allen and Angeline Marie (Zuvich) Bray. Les loved the outdoors, hunting and fishing and was about the best elk hunter you could ever meet. He shared his passion for hunting and fishing with his three boys, Rick, Terry and Russell. Some of their best memories are from the time they spent chasing deer or elk with their dad or hiking into a high mountain lake to fish trout. Special memories were made with his extended family and wife Charlotte, hunting for deer with a muzzle loader in his later years. Everyone enjoyed camping, hunting and sharing stories with Les, and he had an endless supply. His Cordova friends also mention his story telling, laughter, and smile when they reminisce about him. Les became a successful commercial fisherman. He started gillnetting salmon on the Chehalis and Columbia Rivers, and then started gillnetting and seining salmon fishing, which probably was the start of his gray hairs as teenage boys donâ€™t always use the best judgment when it came to safety. Once his sons were established in their own boats, Les turned his boat, the 40 foot Grace S, into a small dragger and he fished bottom fish and dog sharks off the coast of Washington and also did some crab fishing and tuna fishing to make ends meet. Then he spent a couple summers fishing halibut out of Kodiak, Alaska, where he finally sold the Grace S. His last foray into fishing was gillnetting in Willapa Bay where he was often joined by his bother Dale, and his sons, Rick and Terry. At the time, he also spent time in the summers back in Cordova, mending nets for his sons and their friends and spending quality time â€œout the road: with Charlotte, berry picking, grouse hunting and fishing hooligan. He was famous around Cordova for his pickled hooligan and for his yearly pig barbeque at 16 mile pond. His brother Dale always helped him with the pig roast until his health prevented him from traveling. After retiring from fishing for good, Les continued mending nets in Alaska into his 70â€™s before retiring and moving to Raymond, Wash. Not bad for a guy who found out at age 68 that he was born with a hole in his heart. Lester is survived by his wife Charlotte Bray of Raymond; sons Richard Bray of Hoquiam and Cordova, Terry Bray of Cordova and Hoquiam and Russell Bray of Wallace, Idaho; brothers Paul D. Bray of Townsend, Montana and Wayne Bray of Tenino, WA; sisters Verlene Bray Morrison of Shelton, WA and Mary Bray Crick of Peshastin, WA, 5 grandchildren and 3 great grandchildren. Les was preceded in death by a brother Dale Bray and a sister Katie Bray Davis. Memorial services will be held Saturday, May 24, 2014 in Cordova. Time and place are to be announced soon. Cremation arrangements were in care of Stollerâ€™sâ€™ Mortuary in Raymond.

The family of Lester Bray created this Life Tributes page to make it easy to share your memories.

Send flowers to the Bray family.