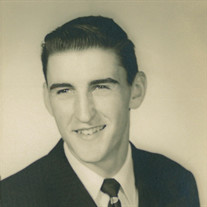 Please send proof and cost. Thanks! Larry James Pace, a South Bend resident, died Sunday, July 14, 2019 at his home in South Bend; he was 78. Jim was born in Tarkio, Missouri to Henry Clay and Teresa Marie Pace. Jim’s family moved to Pe Ell, Washington when he was about 2 years of age. They resided in Pe Ell for several years, then moved to Forks, Washington. After graduating from Forks High School, Jim moved to Estacada, Oregon and worked for the Forest Service for 5 years. He then married and moved to Raymond, where he began working as a logger and hook tender for Weyerhaeuser Company. He transferred to the Weyerhaeuser shop some time before retiring. One of the things he was known for was his excellent sense of humor. Jim also had a wide variety of hobbies and activities at which he excelled. He was an avid sports fan and athlete in golf, baseball, basketball, and bowling. Not only did he excel at physical games, he was also enjoyed board games and was exceptional at checkers and Chess. He also enjoyed outdoors activities such as fishing and hunting. He was also a very talented artist, and sold some of his paintings. Carpentry is another skill at which he excelled, and he has build many fine pieces of furniture. Jim is preceded in death by his parents, his sister Lora Mae, his 3 brothers Don, Dale, and Keith. He is survived by his sister Dorothy White of Beaverton Oregon, his sons Brian of Doty, Wayne (Kristin) of Adna, 5 grandchildren, and 2 great grandchildren. A celebration of life will be held at the CrossRoads Church in Raymond on Saturday, July 27 at 12:00 noon.

The family of Larry James Pace created this Life Tributes page to make it easy to share your memories.

Send flowers to the Pace family.