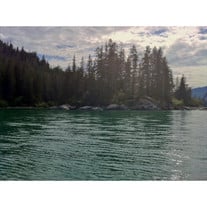 Kevon Lloyd Moser, a lifetime Raymond resident died Saturday, February 8, 2014 at his home in Raymond; he was 66. Kevon was born July 4, 1947 in Raymond to Lloyd and Queenie (Schischka) Moser. He was a 1966 graduate of Raymond High School. He had many jobs including Weyerhaeuser, Mayer Brothers, Hawk Runyonâ€™s Rock Pit, Turner Oil, Pehl and Pettit Oil for a short time and then Willapa Log as truck driver from 1999 until his retirement in 2010, making many good friends. Kevon also owned and operated Moserâ€™s Livestock and Cattle Farm where he raised long-horned cattle and pigs. They eventually started a tree farm. After retirement Kevon really loved his new morning routine on Saturday and Sunday mornings in his pajamas with his dog Bailey warming his lap and a hot cup of coffee in hand. He was an outdoorsman who traveled to Alaska to fish with his buddy Dan on the F/V Sailor, and meeting up with Jonathan and Andy Hillstrand of the F/V Time Bandit in Astoria, Oregon. When he wasnâ€™t traveling to Michigan to visit family or Alaska to visit friends he was an avid reader who spent time tending to his roses, watching good movies, listening to music including the Boss and 60â€™s tunes; and enjoyed his faithful walks with his dog Bailey. Kevon was also trying his hand in the kitchen and enjoyed his experiences while he learned to cook. Kevon married Diana Harris February 14, 1991 under the dome of the Pacific County Court House. She survives him at the family home in Raymond. He is also survived by a daughter Maria (Moser) Quinones of Olympia; grandchildren Eve, Lucky, Sasha and Rose; a sister Diane (Rick) Rieter of Aberdeen; former wife Sandy Moser of Raymond; many nieces, nephews, co-workers and friends. He is also survived by his fur-kids, Bailey Mae, Mona Lisa, Sasha, Rocky, Emmett, Lilly Bell and all the wild creatures that frequently visited his yard. Family would like to extend a special thanks to Dr. Ye of Olympia Dr. Iuliano of St. Peters, Dr. Buben, Dr. Lewis and Dr. Hill, Willapa Harbor Hospital, Grays Harbor Hospital and all their nursing staffs. An extra special thanks goes to Harborâ€™s Home Health and Hospice, Kim, Carol, Nancy, Cindy, and Alice. Personal thanks to the family and friends who have provided support. I lieu of flowers donations may be made to the Willapa Harbor Helping Hands at P.O. Box 597, South Bend, WA 98586, or HAVA Heart at P.O. Box 243 Raymond, WA 98577 in Kevonâ€™s memory. A Celebration of Kevonâ€™s Life will be held at 1:00 p.m. Sunday, February 16, 2014 at the Raymond Elks Lodge. Arrangements are in care of Stollerâ€™s Mortuary in Raymond.

Kevon Lloyd Moser, a lifetime Raymond resident died Saturday, February 8, 2014 at his home in Raymond; he was 66. Kevon was born July 4, 1947 in Raymond to Lloyd and Queenie (Schischka) Moser. He was a 1966 graduate of Raymond High School.... View Obituary & Service Information

The family of Kevon Moser created this Life Tributes page to make it easy to share your memories.

Send flowers to the Moser family.