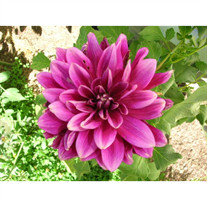 Judith Delphine Carl Steadman, a South Bend resident died Friday, June 24, 2016 at Providence St. Peterâ€™s Hospital in Olympia; she was 69. Judith was born November 7, 1946 in Hendricks, Minnesota to Gerald and Marcelle (Sterzinger) Carl. She was a 1964 graduate of David Douglas High School in Portland, OR. She lived most of her life in Tigard, Oregon before moving to South Bend 9 years ago. Judith worked as a bus driver for Lake Oswego, OR School District, until her retirement. She enjoyed gardening and raising her Dahlias, she also cherished her cats. She is survived by a son Craig Steadman and his wife Karen, of Tigard, OR; a daughter Christine Newkirk of South Bend, WA; brothers, Gerald Carl of Raymond, WA, Robert Carl of Portland, OR, Val Jean Carl of Beaverton, OR, and Dean Carl of Portland, OR as well as 5 grandchildren and 1 great grandson. Her dear friend, Diana Oâ€™Connor of Anchorage, Alaska and Indianapolis, Indiana also survives her. A celebration of Judithâ€™s life will be held at a later date. Cremation arrangements were in care of Stollerâ€™s Mortuary in Raymond.

The family of Judith Steadman created this Life Tributes page to make it easy to share your memories.

Send flowers to the Steadman family.