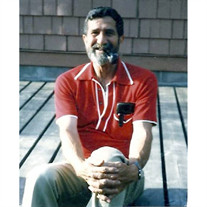 Joseph Asaf Basil of Raymond passed away July 1st, 2013 following a brief illness. Mr. Basil was born September 25, 1920, to parents Asaf G. and Gertrude Basil at the family home on May Street in Raymond. He was 92 years old. Joe was the last survivor of six Basil siblings born to Asaf and Gertrude. Joe graduated from Raymond High School in 1938. After high school, he worked in the family business. Joe worked at the Boeing Company in Seattle during the WWII years then returned to work for his father in Raymond in 1945. He moved to Tumwater, Washington in the early 50s to manage the Sunset Drive-In Theatre. He also worked for the USPS and the Olympia Brewing Company during this period. While in Tumwater, he met his wife, Eleanor, and they were married in 1953. In 1956, Joe and his family returned to Raymond where he would manage the Tokay and Raymond Theaters for his father. Joe worked at the old Biggs and Briskie mill in South Bend which later became Dun Pac and in 1974 he began working as a custodian for the Raymond School District where he served until his retirement in 1986. He lived at the family home on 14th Street in Raymond until 2012 and has lived in South Bend with son Joseph C. Basil and his wife, Virginia since that time. Joe was a life member of the Raymond Elks Lodge #1292 having been initiated in October of 1941. He was also a volunteer firefighter for the Raymond Fire Department for 27 years and a member of the St Lawrence Catholic Church in Raymond. He was an avid sports fan, participating and attending sporting events throughout his life. He loved attending the sporting events in which his children and grandchildren participated. Joe was a tremendous athlete who had his participation cut short by a near fatal auto accident in the summer of 1935. Unable to play football or basketball any longer he decided to take up golf and became an exceptional player. Joe won the Willapa Harbor Golf Course Junior Championship shortly after taking up the game in 1937. He went on to compete in eight WHGC Club Championship finals, winning all eight to claim the club championship in 1941, 1945,1948, 1950, 1951,1952, 1958, and 1961. He also won the Washington State Elks tournament in 1949 at Indian Canyon in Spokane among his many titles and awards. Joe was a scratch golfer and set the WHGC course record in 1966 posting 30 on the front nine and 35 on the back nine for a seven under par of 65 during competition. Joe is survived by son, Joseph C. and Virginia of South Bend, son Fred and Mitsuko McCaslin of Bellevue, Nebraska, seven grandchildren, nine great grandchildren, and two great great grandchildren. He was preceded in death by parents, A. G. and Gertrude Basil, sisters Doumina Henderson, Gertrude Fykerude, Florence Posner, Hadla Noonan, and brother George Basil. Joe and Eleanor also lost two infant daughters and an infant son at birth. Funeral services will be held at 11:00 am Friday, July 5th at the St Lawrence Catholic Church in Raymond with burial to follow at the Fern Hill Cemetery in Menlo. A celebration of life will be held immediately following at the Raymond Elks Lodge. In lieu of flowers a donation to the Washington State Elks Therapy Program for Children is suggested in Joeâ€™s memory at PO Box 110760, Tacoma, WA 98411-0760.

Joseph Asaf Basil of Raymond passed away July 1st, 2013 following a brief illness. Mr. Basil was born September 25, 1920, to parents Asaf G. and Gertrude Basil at the family home on May Street in Raymond. He was 92 years old. Joe was the last... View Obituary & Service Information

The family of Joseph Basil created this Life Tributes page to make it easy to share your memories.

Send flowers to the Basil family.