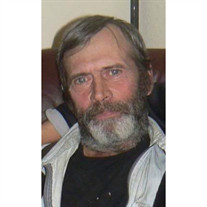 John Joseph Swogger, 68, a lifetime Raymond resident, passed away peacefully at Willapa Harbor Health and Rehab Center in Raymond, WA August 11, 2018. John was born to James and Irene (Litwin) Swogger on March 10, 1950 in Raymond, Washington. After attending Raymond High School, John worked for Weyerhaeuser for 45 years as a choker setter and chaser. John married his wife Peggy of 43 years in Willapa on May 24, 1975. Some of Johnâ€™s hobbies included hunting, fishing, and attending his grandchildrenâ€™s sporting events. John is survived by his wife Peggy, his brother Wayne of Raymond, and 2 sisters; Susie Rochester of Raymond, and Marry (Herald) Hancock of Tacoma. Also surviving John are his sons, Jim of Bay Center, Bob (Jennifer) of Raymond, Jeremy (Blair) of Raymond, and his daughter Lou Ann (Toby) Rossmen of Battle Ground, Washington. Also surviving John are 9 grandchildren, 1 great grandchild, and 1 great grandchild on the way. Johnâ€™s family would also like to give a special thanks to Lexi, â€œBurritoâ€ and â€œEggrollâ€ at the Willapa Harbor Care Center. A potluck celebration of life will be held at 12:00 noon, Saturday, August 25, 2018 at his son Bobâ€™s home, 351 Monohon Landing Road, Raymond. Bring your favorite potluck dish and memories of John. Arrangements are in care of Stollerâ€™s Mortuary in Raymond.

The family of John Swogger created this Life Tributes page to make it easy to share your memories.

Send flowers to the Swogger family.