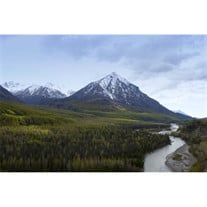 John Edward Rosentangle died peacefully at Swedish Hospital in Seattle on August 12, 2013. He was born on January 26, 1950, in Aberdeen, WA, to Edward and Mildred Alexander Rosentangle. He grew up in Raymond, WA, and was a descendant of pioneers who arrived in Pacific County in 1851. He graduated from Raymond High School and was a member of the 1966 Class A State Basketball Championship team. He received a basketball scholarship from Central Washington State University and played basketball there. He was an avid outdoorsman and for many years enjoyed salmon fishing with his father off Willapa Bay and steelhead fishing on the rivers in Pacific County. In the mid-50s to mid-60s, he spent his summers along the inland waterways of British Columbia where his father owned a series of logging camps. He fished for salmon and helped his mother and aunt reel in a 52 lb. salmon. He was also a huge supporter of the Washington State Cougars and attended many games. He also loved to golf. John worked for Alaska Traffic Company, a freight forwarding company, in sales and was responsible for all sales in the lower 48 states. His work took him to many parts of the US. He is survived by his twin sister Andrea Wieland, San Juan Island; his aunt Mrs. Elaine Alexander, South Bend; his cousins Bonnie Hemple, Albany, OR; and Dick Alexander, Cosmopolis, WA, as well as many other cousins. John had many friends and will be greatly missed by all. A graveside service will be held at 11:30 a.m. on Monday, August 19, 2013, at Fern Hill Cemetery, Menlo, WA, followed by a gathering of family and friends at The Willapa United Methodist Church, 969 Willapa First Street, Raymond, Washington 98577. Directions to the church can be found at http://willapaumc.org/ Remembrances may be made to the church at the address above.

John Edward Rosentangle died peacefully at Swedish Hospital in Seattle on August 12, 2013. He was born on January 26, 1950, in Aberdeen, WA, to Edward and Mildred Alexander Rosentangle. He grew up in Raymond, WA, and was a descendant of pioneers... View Obituary & Service Information

The family of John Rosentangle created this Life Tributes page to make it easy to share your memories.

Send flowers to the Rosentangle family.