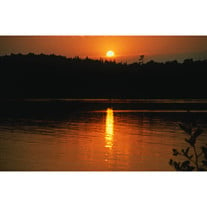 John H. (Jack) Krueger, a well know Raymond resident since 1968 and former resident of Centralia, WA. passed away Sunday, December 7, 2014. He was born March 7, 1925. Jack managed the Village Green Apts. since 1989 and prior to that he was employed by the Dennis Company for 18 years as a Sales Manager for the beer distributorship. Before moving to Raymond he was employed by the City of Centralia as a meter reader for many years. While in Centralia he was involved in the Jr. Chamber of Commerce and Little League. He is a life member of the Raymond, Elks a member of America Legion, VFW, and Associated Life member of the Swiss Society. He served on the Pacific County Planning Commission and the Raymond Planning Commission. He was in the Navy and a World War II Veteran serving in the South Pacific. Jack married Carolyn Zock in June of 1968. Carolyn preceded him in death on May 4\\' 2012. He is survived by daughter Valerie (Michael) Fuss of Nampa, ID; son John H. (Kristina) Krueger Ill, Tumwater, WA; Richard (Leslie) Krueger, Lacey, WA; and a daughter Rebecca Krueger; Olympia, WA; and a brother Don Krueger, Portland, OR; Grandchildren Erin Fuss and Andrew Fuss of Nampa, ID; and Cole Krueger, and Brady Krueger of Tumwater, WA. He was preceded in death by his parents Ed and Florence Krueger, a sister Florence Lewis and brothers King and Dorland Krueger. He is a member of the St. Lawrence Catholic Church. Donations can be made to the charity of your choice or Willapa Harbor Helping Hands or the Raymond Fire Dept. Funeral services will be held at St. Lawrence Catholic Church in Raymond Saturday, December 13, 2014 beginning a Rosary at 10:30 a.m. followed by Mass at 11:00 a.m. A private family burial will take place at the St. Josephâ€™s Catholic Cemetery at PeEll, Washington. Arrangements are in care of Stollerâ€™s Mortuary in Raymond.

John H. (Jack) Krueger, a well know Raymond resident since 1968 and former resident of Centralia, WA. passed away Sunday, December 7, 2014. He was born March 7, 1925. Jack managed the Village Green Apts. since 1989 and prior to that he was employed... View Obituary & Service Information

The family of John Krueger created this Life Tributes page to make it easy to share your memories.

Send flowers to the Krueger family.