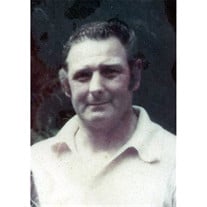 Jack Ford, a Long Beach, Washington resident died Sunday, February 22, 2015 at the Willapa Harbor Health & Rehab Center in Raymond. Jack was born June 20, 1928 in Longview, WA to Emery and Catherine (Smith) Ford. Jack was a graduate of Raymond High School and attended the University of Portland where he was a three sport athlete. While at UP Jack was on the receiving end of the longest touchdown pass in collegiate history, a 99 yard scoring play. A record that still stands today. After getting married to Peggy Vatne in 1948, he went to work as an electrician with his father at Ford Electric in Raymond. In 1975 they relocated the business to Long Beach. While in Long Beach Jack was also the owner of Fordâ€™s Go-Kart Track and Peggyâ€™s Monogram Shop. In his retirement years Jack loved to travel with Peggy and visited the Soviet Union, South Korea, Egypt and Israel among many other places. Together they spent many summers at Summit Lake and winters in Arizona with family and friends. He loved golfing, practical jokes, and entertaining. Jack enjoyed watching his children and grandchildrenâ€™s sporting events and was an avid Washington Husky fan traveling to many home and away games. Jack was a past Exalted Ruler of the Raymond Elks Lodge #1292. He also was a long time member of the Knights of Columbus, the Moose Lodge, and the Eagles. He served as a member of the Raymond High School Board in the early 1960â€™s. He is survived by three sons, Gene Ford and his wife Kris of Long Beach, Mark Ford and his wife Sharon of Aberdeen and Gregg Ford and his wife Mary of Ridgefield, and a daughter Sherry Sowa and her husband Jerry of Monument, Colorado; 9 grandchildren, 11 great grandchildren and two sisters, Shirley Hoffer and Lois Brown both of Raymond. Jack was preceded in death by his wife Peggy in 1999. Memorial services will be held at 1:00 p.m. Saturday, March 21, 2015 at St. Lawrence Catholic Church in Raymond with a Celebration of Life to follow from 2:00 - 4:00 p.m. at the Raymond Elks Lodge. Arrangements were in care of Stollerâ€™s Mortuary in Raymond. In lieu of flowers donations may be made to the Raymond Schools Foundation. Contact Raymond Schools Foundation for information: (360) 942-5230 P.O. BOX 345 Raymond, WA 98577 Email: [email protected]

The family of John Ford created this Life Tributes page to make it easy to share your memories.

Send flowers to the Ford family.