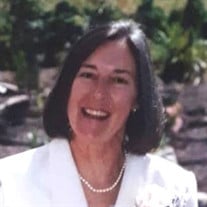 Janice Irene Kulczycki, Jan to all who knew her, a South Bend Resident, passed away Tuesday, June 25, 2019 after a long battle with Cancer. Under hospice care, she died peacefully in her home, at 76 years of age. She was born October 19, 1942 to Peter and Violet Carbon in Seattle, Wash. Jan grew up in Seattle’s Mt. Baker neighborhood surrounded by friends, and an extended family that she loved dearly. After graduating from Franklin High School in 1960, she spent two years at The UW as an English major. Those who knew her well said she minored in bridge which she continued to play throughout her life and earned the status of Bronze Life Master with the A.C.B.L. In 1962 Jan married Richard Anderson with whom she had two children, Jeremy in November of 1968, and Lisa, in March of 1970. Their marriage ended in 1972, but their relationship remained amicable. In 1962, Jan also went to work for Boeing, only taking time off for the great Seattle recession (Would the last one out, please turn off the lights?) and maternity leave. In her 30 year career at Boeing, she became one of the first female managers in the company and was highly respected. She retired at the age of 55, in 1997, and played hard at all the things she never had time to do as a single mom and Boeing manager with her second husband, Fred Kulczycki. Jan and Fred were married in Issaquah WA in 1994 and built a happy life together. Over the course of their marriage, they remodeled two homes together before building their dream home near South Bend Washington, overlooking Willapa Bay. It was this home that Jan considered paradise. Jan had many hobbies throughout her life. As a young lady, she played the cello in her school band and was a fine pianist. As an adult, she became a certified ski instructor and always looked forward to annual ski trips with her friends. Jan also loved gardening, golf, and camping with her “baby” brother Gary and her sister-in-law Sheila. She also traveled the world extensively with her husband Fred, with one of the highlights being her son Jeremy’s wedding in Taiwan. Jan was probably best known for her excellent cooking and the wonderful red wine she made at home, a tradition she grew up with. A final source of joy in Jan’s life, were her four grandchildren, Zoe, Renee, Filippo and Emanuele. She didn’t see them often, but took great pride in them and their accomplishments. Janice is preceded in death by her parents Peter and Violet. She is survived by her husband Fred, her brother Gary Carbon and his wife Shiela, of Whidbey Island, her son Jeremy Anderson and his wife Maidrine, of Seattle, her daughter Lisa Anderson and her husband, Mauro Peisino of Beinette Italy, granddaughters Zoe and Renee Anderson, and grandsons Filippo and Emanuele Peisino. In lieu of flowers, memorials may be made to the Seattle Cancer Care Alliance at Seattle Cancer Care Alliance, Attn: Donations, P.O. Box 19023, Seattle, WA 98109-1023.

Janice Irene Kulczycki, Jan to all who knew her, a South Bend Resident, passed away Tuesday, June 25, 2019 after a long battle with Cancer. Under hospice care, she died peacefully in her home, at 76 years of age. She was born October 19, 1942... View Obituary & Service Information

The family of Janice Irene Kulczycki created this Life Tributes page to make it easy to share your memories.

Janice Irene Kulczycki, Jan to all who knew her, a South Bend...

Send flowers to the Kulczycki family.