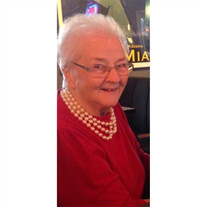 On Sunday, Jan. 7, Janet LaRayne Watts of Raymond, Washington, beloved mother, grandmother and great-grandmother, passed away to join her husband Jim Watts in the afterlife. LaRayne was born June 24, 1936, in Klamath Falls, Oregon, and spent most of her childhood there. Her mother, Dicksey Freeman, worked as a butcher and her father, Raymond Weed, flew the Hump in Burma during World War II with the Flying Tigers. She was the second of four siblings. The others, Nancy Freeman, Marla Coy and Richard Weed, have all preceded her in death. LaRayne attended Klamath Falls High School, graduating in 1954 with a 4.0 grade-point average. She then attended Southern Oregon State University, graduating magna cum laude in 1958.During her last two years of college, she worked summers in Portland, where she met naval seaman Rodney Isaksen. They began dating and married in 1958. They then took up residence in Portland, where LaRayne started working on her masterâ€™s degree. They had a child, Steven Isaksen, in 1961. In 1963, LaRayne and Rodney adopted Rodneyâ€™s sisterâ€™s children, Jeffery and Michele Isaksen. LaRayne opened her heart and raised these children as her own for the rest of her life. In 1965, the Isaksen family moved to South Bend on the Washington coast, where LaRayne started teaching high school English, a career she would follow until retirement. She also began acting in the community theatre group, her great passion in life. LaRayne and Rodney divorced in 1973. LaRayne retained custody of all the children and was a wonderful working mother. In 1976, she married the true love of her life, James Watts. They were true soulmates in all they did, from theatre to travel. They lived together blissfully for many years. In 1986, Jim retired from his job at Coast Oyster, and he and LaRayne started a llama business taking hikers into the backcountry. They ran the business until 1996, when Jamesâ€™ heart condition no longer allowed them to go into the backcountry. LaRayne retired from teaching in 1998, after 28 years at South Bend High School. She taught entire generations of local students in reading and writing, and instilled a love of theatre in many of them. She took great pride in her work as a teacher and retained the respect of many students throughout their lives. In the last years of their lives, James and LaRayne took great joy in their many grandchildren and great-grandchildren. She is survived by children Jeff Isaksen, Michelle Isaksen, Steve Isaksen, Steve Watts, Tony Watts, Margret Dotson and Angela Penland; 7 grandchildren; 16 great-grandchildren; and three great-great-grandchild. Memorial Services will be held at 11:00 a.m., Friday January 26, 2017 at the Lutheran Church in South Bend, Washington. Arrangements are in care of Stollerâ€™s Mortuary in Raymond.

The family of Janet Watts created this Life Tributes page to make it easy to share your memories.

Send flowers to the Watts family.