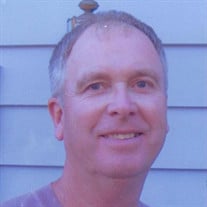 James (Jim) Richard Totten was born February 27, 1947 in Aberdeen, WA, to Roy and Lucille (Hoffer) Totten. He attended the Raymond schools and graduated in 1965 from Raymond High. It was during these years, in the first grade, when he met his future wife Carol, also a classmate. After high school, he attended Grays Harbor College and graduated from Central Washington University in 1969 with his teaching degree. On August 24, 1968, Jim married his childhood sweetheart, Carol Greenwell at Raymond First Baptist Church. Throughout college, he worked summers for Weyerhaeuser. In the 1970’s he worked for the Willapa Valley School District at both the Lebam and Old Willapa Elementary schools. During this time, he also worked for his uncles at Hoffer’s Service Station. In 1980, he returned to his alma mater and taught elementary and junior high for the next 20 years, with a short return in the mid 2000’s. He coached many sports, and seldom missed a football or basketball game. He was a very proud “Seagull.” Jim was a longtime member of the Raymond First Baptist Church, and his faith in Jesus was very evident in the kind, generous, and Biblical way he lived. He adopted a son J.J. Totten, in 1980, and most of his time was spent attending his activities through school and music. He never missed a concert, chaperoned many student trips, and was always present in a big way for all of J.J.’s endeavors. Jim is preceded in death by his wife, Carol, mother and father, and brothers, Robert, Ben, and Bill Totten. He is survived by his son, sister, Susan Alexander, sister in-laws, Sharon Totten, Jan Capps, and Bonnie Dalton. He has 9 nephews, and 3 nieces, and many cousins. A service for family to celebrate Jim’s life will be held, July 28, 2021, 10 a.m. at Raymond First Baptist Church, with a graveside service at 11 a.m. at Fernhill Cemetery in Menlo, WA. All are welcome to attend the graveside service with a gathering, afterwards, at the church. In lieu of flowers, donations in his memory may be given to Willapa Harbor Helping Hands. Arrangements are in care of Stoller’s Mortuary in Raymond, Washington. You may visit www.StollersMortuary.com to leave condolences for the family.

James (Jim) Richard Totten was born February 27, 1947 in Aberdeen, WA, to Roy and Lucille (Hoffer) Totten. He attended the Raymond schools and graduated in 1965 from Raymond High. It was during these years, in the first grade, when he met... View Obituary & Service Information

The family of James Richard Totten created this Life Tributes page to make it easy to share your memories.

Send flowers to the Totten family.