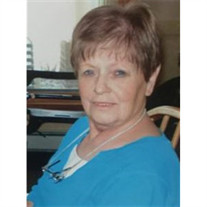 Ida Gennetta Malcom, long-time resident of Raymond, passed away Tuesday, April 21, 2015 at Harborview Hospital in Seattle, at the age of 71. Ida was born to Elbert and Margaret Francis in Junction City, Oregon in 1943. She grew up in the area with her parents and her three sisters. Upon graduation, she joined the Army and served her country as a data specialist, receiving an honorable discharge after her term of service. Shortly thereafter, Ida married John Malcom and they adopted two children, Neil and Leslie. In time, the family broke apart, and Ida found herself starting a new life in Washington State with her sister, Rita. Once she was settled in, her children came to live with her. Throughout the following years, she met her partner, Roy, with whom she would spend the rest of her life with. The two had an adventuresome journey, being self-employed, owning antique stores, well into their later years. After her kids graduated, they chose Lebam, WA as their home and lived there for 25 years. While Idaâ€™s last few years had seen several complicated health issues, she had recovered phenomenally. Over the last 10 years, Ida enjoyed being a health caregiver to many in the Raymond area, and she especially enjoyed her last assignment, building a wonderful relationship with her assigned family. Ida enjoyed baking for anyone, for any reason. Her other enjoyment was playing at the local casino. She loved going there, either on her own, or with several of her friends. Ida was preceded in death by her father and mother, and by her spouse, Roy Florek. She is survived by her son and daughter-in-law, Neil and Kathy Malcom; her daughter and son-in-law, Leslie and Tom MacMillan; her sister, Norene (Bud) Hardin; her sister Rita (Abe) Fimbre, her sister, Conna (Dennis) Taelour; her nephew Brian (Stacey) Hardin; her niece Katie (Brian) Reichert; nephews Robert and Scott Crocker and nephews Ryan and Sean Bradley; grandson, Skyler (Cassidy) Cobb; granddaughter Shiloh Cobb, and granddaughter Larassa Howard. In accordance with her wishes, there will be no funeral service. If you would like to make a donation in her memory, please do so to the Willapa Harbor Food Bank, In Memory of Ida Malcom, 1899 Park Ave., Raymond, WA 98577. Rest in Peace Ida, you are loved more than the written word can express. Cremation arrangements were in care of Stollerâ€™s Mortuary in Raymond. .

Ida Gennetta Malcom, long-time resident of Raymond, passed away Tuesday, April 21, 2015 at Harborview Hospital in Seattle, at the age of 71. Ida was born to Elbert and Margaret Francis in Junction City, Oregon in 1943. She grew up in the area... View Obituary & Service Information

The family of Ida Malcom created this Life Tributes page to make it easy to share your memories.

Send flowers to the Malcom family.