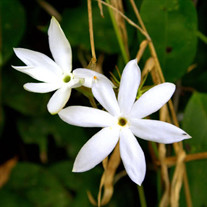 Helvetia Joy (Pedrazzetti) Paul, a longtime Raymond resident died Sunday, December 7, 2014 at the Dolphin Cove Adult Family Home in Tokeland; she was 82. Joy was born December 15, 1931 at Napa, CA to Henry and Lillian (Whittle) Pedrazzetti. Joy was a beloved member of the Assembly of God in Raymond, where she served for many years as a greeter. She was always happy to lend a helping hand to anyone who was in need, be it a niece or nephew who needed a place to live, a stranger down on his luck or a friend with flower gardens that she could help beautify. Joy loved the outdoors and spent hours picking ferns, harvesting mushrooms and just being outside. She also enjoyed traveling as was evidenced by her many, many trips to California. Joy loved her family and will be missed by those who called her Mom, Grandma, Aunt, Sister and Friend. Joy is survived by a brother; Henry Pedrazzetti of Santa Rosa, California; her sister, Doris Smith of Aberdeen, Washington; her daughter, Joy Paul, of Snohomish and sons Ed Paul of South Bend, Washington and Roy Paul of Mebane, North Carolina, 16 grandchildren and numerous great grandchildren and many beloved nieces and nephews. Joy was preceded in death by her husband, Andy Paul, her son, Walter Paul and daughter, Lila Haerling. She was also preceded in death by her sisters; Jane Chenier, Henrietta Huston, Carolina â€œDimplesâ€ Pedrazzetti, and her brothers; Bill (her twin) and Lidio Pedrazzetti. Memorial services will be held at a later date. In lieu of flowers donations may be made to Dolphin Cove, the loving Adult Home that gave compassionate and loving care to Joy Paul the past few years of her life. Dolphin Cove, PO Box 465, Tokeland, Wa 98590.

The family of Helvetia Paul created this Life Tributes page to make it easy to share your memories.

Send flowers to the Paul family.