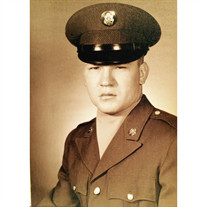 Harold Marion Hobi, a lifetime Pacific County resident departed this life on Sunday, October 4, 2015 at his home in South Bend at the age of 70. He was born June 25, 1945 in Raymond, Washington to Stephen and Myrtle (Hudson) Hobi. His father passed away doing what he loved, logging timber, when Harold was only 16 years old. Later, his mother Myrtle met and married Haroldâ€™s step-father, Frank Hall. Haroldâ€™s life story is an example and tribute to working hard, playing hard and most importantly loving hard. He spent his childhood in Nemah, raised Catholic, a pillar to his quiet faith, belief and inner strength. He valued work ethic at an early age, beginning with chores on the family farm before working on a dairy farm in Naselle during his high school days. He was one of the charter Nemah Ridge Runners, a lifetime friendship among God-fearing men who were known for playing hard and raising Cain. Harold graduated from Naselle High School in 1963, and began his professional life passion of working in the office with the best view in the world, the forest. During the Vietnam War, he served in the Army as a Paratrooper in the 101st Airborne Screaminâ€™ Eagles Parachute Division. He was honorably discharged and awarded an air medal for heroism for his acts as a gunner of an army UH-1D helicopter. His heart for service carried on as a member of the V.F.W., the American Legion and a charter member of the Forks Elks Lodge. On September 10, 1982 Harold married the love of his life, Laurie Gibbons. She survives him at the family home. He is survived by four children, from oldest to youngest, daughter Andrea â€œAndyâ€ Shoffner and her husband Mike of Burlington, NC, daughter Christina Edwards and her husband Pat of Raymond, WA, son Justin Hobi of Buckley, WA, and son Todd Hobi of Menlo, WA; four siblings, sister Clarissa Miller and her husband Don of Forks, WA, sister Rosalie Eaton and her husband Bob of Rosburg, WA, brother Steve Hobi of Klawock, AK, step-brother Thomas Hall and his wife Nancy of Olympia, WA and step-sister Lorraine Scripture of Burien, WA; and two sister-in-laws Rhonda Westlund and her husband Alan Stewart of Olympia, WA, and Teresa Olsen and her husband Brian of Bremerton, WA, and brother-in-law Steve Gibbons of Shelton, WA. Harold is also survived by his father-in-law Mel Gibbons, 5 grandchildren from oldest to youngest, Hunter Shoffner, Paige I. Johnson, Tylar Hobi, Patrick Edwards, and Chase Shoffner, as well as many nieces, nephews and cousins. He was preceded in death by his parents Stephen and Myrtle, his step-father Frank Hall, his mother-in-law Frances Gibbons, and his granddaughter Tori C. Johnson. Harold was a sports â€œfanâ€ atic, enthusiastic about his teams the Mariners, Huskies, Duke Basketball, everything in between, and especially the Seahawks. To honor and celebrate his life, Seahawk-clad family and friends whom he loved and loved him, are welcome to attend graveside services with military honors at 11:30 a.m. Saturday, October 10, 2015 at the Fern Hill Cemetery in Menlo, followed by a gathering at the Elks Lodge at 1:00 p.m. located at 326 3rd Raymond, WA. Memorial donations may be made in Haroldâ€™s name to the Willapa Harbor Helping Hands at Box 597 South Bend, WA 98586. Arrangements are in care of Stollerâ€™s Mortuary in Raymond, WA.

Harold Marion Hobi, a lifetime Pacific County resident departed this life on Sunday, October 4, 2015 at his home in South Bend at the age of 70. He was born June 25, 1945 in Raymond, Washington to Stephen and Myrtle (Hudson) Hobi. His father... View Obituary & Service Information

The family of Harold Hobi created this Life Tributes page to make it easy to share your memories.

Send flowers to the Hobi family.