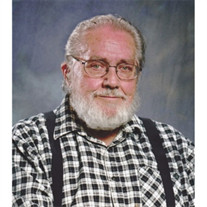 Glenn Loran Snyder, 90, born August 1, 1926, passed away at home in Raymond, Wash., June 21, 2017. Married to Lois Strong on April 18, 1947 in the Salt Lake Temple. Survived by sister-in-law, Lenore (LaMar) Nagle. Also survived by the Snyder Tribe (children): Penny (Carey Madsen), Shauna (Don) Thomson, Lori (Doug) Jones, Gary (Debbie), Guy (Kory), Larry (Kim) Snyder, and Launi (Leo) Melton. Also survived by numerous grandchildren and great-grandchildren. Preceded in death by his loving wife Lois, parents Golden LaVar and Eline Findlay Snyder, in-laws Leon James and Thurza Clark Strong, grandson, Grant Leon Snyder and granddaughter, Candi Sanchez. He was proud to serve in WWII as a Paratrooper, but the most important thing in life to dad was family. As an only child, he was extremely close to his aunts, uncles, and cousins. He loved all of his children and taught them to love each other and stay close to one another. Dad was also proud to be the oldest living member of the Hugh Findlay family. Services will be held Thursday, June 29, 2017, at Larkin Mortuary, at 11:00 a.m., with visitation before the service at 10:00 a.m. (260 East South Temple, Salt Lake City, Utah). Interment will be at City Cemetery, 4th Avenue and â€œNâ€ Street (1100 East 325 North). An online guest book can be accessed at www.larkinmortuary.com. Arrangements were in care of Stollerâ€™s Mortuary in Raymond.

The family of Glenn Snyder created this Life Tributes page to make it easy to share your memories.

Send flowers to the Snyder family.