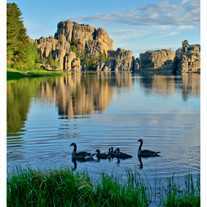 George â€œLouieâ€ Weiberg 89 a lifelong South Bend resident passed away February 14, 2018. Louie was born January 24, 1929 in South Bend to Joe and Josephine Weiberg. Louie is a graduate of South Bend High School class of 1947. After school he worked for his Dad, Mom, and Brother at the Alta Vista Dairy and served in the U.S. Army in Korea. After serving his country, Louie once gain worked with his brother for his Dad and Mom at the Dairy. He later went to work for Pacific County Road Department, retiring in 1991. On June 27, 1953, Louie married Jerry Stephens, his wife of 64 years. She survives him at the family home. Louie was a member of the South Bend American Legion for over 60 years, and was retired from the South Bend Fire Department. In addition to his wife, Louie is survived by his son Bill (Cindy) Weiberg, three grandchildren; Eric (Hollie) Weiberg, Allison (Bill) McVey, Jaime (Ryan) Tully, two great grandchildren Callie McVey and Ethan Weiberg, and sister Mary (Cal) Taylor. Louie was preceded in death by his parents, two brothers; Louie and George, and by his son Bob Weiberg. There will not be a funeral as per his wishes. Memorial donations may be made to Willapa Harbor Helping Hands, P.O. Box 597, South Bend, WA 98586.

The family of George Weiberg created this Life Tributes page to make it easy to share your memories.

Send flowers to the Weiberg family.