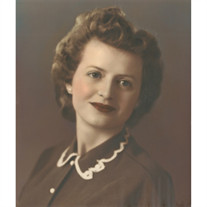 Evelyn Ann Hardy, a Willapa Harbor resident, died May 14, 2016 at the Alder House in South Bend, WA. She was born January 3, 1931 in Cave City, Arkansas to Joseph Melton and Junis Dickey. Evelyn moved with her family living in Phoenix, AZ, Richmond, CA and Corvallis, WA where she graduated high school. She got married and had three boys Gary, Larry and Rick. The boys were rascals, as rascals will be. They gave Evelyn a run for her money. They were always busy playing football and running in the field closest to home. They boys spent a lot of time with their gramma Willie. After Evelynâ€™s divorce at age 24, Gary and Larry stayed to live with Gramma Willie while Evelyn and Rick headed out for a new adventure. She then met and married Lloyd Hardy who was a Sergeant in the US Air Force. Duty called and they headed to Japan. Lloyd was stationed at Misawa Air Force Base for three years. Things were good there. They lived on Base. Rick had a nanny Meyoko. She taught him many things. He learned to speak Japanese, their culture, and how to have fun. Evelyn was busy taking classes and graduated with Ikenobo Degree in Japanese Floral Art. She became very talented and was proud of her floral arrangements. They moved to Utah in 1961 where she spoke and taught Japanese Floral Design to many at the Bertha Eccles Art Center. Her husband Lloyd continued his service and was stationed at Hill Air Force Base. Lloyd made a career for himself in the Air Force, and Evelyn moved on. Her and Rick moved from place to place. As Rick got older he chose to live with Evelynâ€™s Mother Junis in Roseburg, Oregon. Evelyn moved on living in Reno, Baltimore and New Orleans. She settled down in San Francisco. While in San Francisco she truly flourished and loved working at The Music Box Shop, selling high-end pieces to classy folks. She had a nice apartment in the downtown area. Many years went by and when the big earthquake happened, Rick decided to move Evelynn closer to family. The move was on. Rick drove the U-Haul and they were bound for Myrtle Creek, Oregon. She lived right next door to Rick and his family. She had wonderful memories of her granddaughters. She and Camy filled their time making potpourri, having tea parties, and playing dress up. She operated a small new to you gift shop next to her home. She made lots of friends and spent much time telling her stories and visiting with the neighbors. She had beautiful flower gardens as well. She eventually moved to Raymond, WA to care for her mother where she continued her occupation as a gift shop keeper. Both Junis and Ray (Step Father) passed in her care. She stayed at the family home in Raymond for years. When she got older she sold the home and moved to the Raymond Manor. In time, she moved into the Alder House where she spent her remaining days. It was a hard move but a very good move. She was well taken care of and made many new friends. She took part in activities there like yoga, beach ball exercise, bingo, and girl pampering. She loved her grandchildren. Evelynâ€™s great grandson Timathy visited her and she heard he was singing in the church choir so she insisted he give everyone a listen and rounded up a piano player at the Alder House in South Bend, she was so proud. Stage 4 cancer took her life. Death is hard, but the family is confident of her salvation and that we will ALL see her again in heaven. Evelyn is survived by two sons, Larry and his wife Kerry Hanlon of Oregon, City, OR and Rick (Sherry) Hanlon of Myrtle Creek, OR; granddaughters Chala and her husband Mike Jones, and Camy Cae Hanlon, Diana and Husband Robert McDonald, as well as six great grandchildren Diana, Zachary, Hezekiah, Easton, Jordan, and Timathy. She was preceded in death by her eldest son, Gary Hanlon. Private services will be held. Cremation arrangements were in care of Stollerâ€™s Mortuary in Raymond. You may visit www.StollersMortuary.com to leave condolences for the family. In lieu of flowers, donations may be made to Helping Hands to help others with cancer. The following is Evelynâ€™s prayer to all her friends: I said a prayer for you today And know God must have heard â€" I felt the answer in my heart Although He spoke no word! I didnâ€™t ask for wealth or fame (I knew you wouldnâ€™t mind) â€" I asked Him to send treasures Of a far more lasting kind! I asked that Heâ€™d be near you At the start of each new day To grant you health and blessings And friends to share your way! I asked for happiness for you In all things great and small â€" But it was for His loving care I prayed for most of all!

The family of Evelyn Hardy created this Life Tributes page to make it easy to share your memories.

Send flowers to the Hardy family.