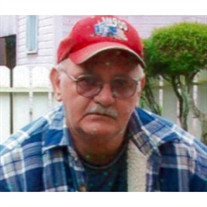 Ernest L. â€œBudâ€ Lindberg 72, died Friday, January 9th 2015 at his home in Centralia, in the arms of his daughter Tina and his companion Lin. Bud was born May 25, 1942 at Raymond to Henry A. and Fern (Frazier) Lindberg. He had lived in Raymond all his life, attending and graduating from the Raymond High School.. He was a U.S. veteran of the Viet Nam War and was also in the service during the Cuban Missile Crises. He was a loyal 26 year member of the Raymond Volunteer Fire Department and the first scuba diver in Pacific County and three other counties, of which he was very proud of, and had many stories to tell. He had also worked for 40 years at the local Weyerhaeuser Company doing many jobs in logging, having retired as a log truck driver with the nick name of â€œDirty Ernie the truck driverâ€ Bud was a life member of the Raymond Elks, a member of the V.F.W. post #968 and the American Legion Post #150. He will be remembered for the amazing Prime Rib Dinners, Oyster feed and homemade Kielbasa which he made with close friends Cal Bogar and the late Walt Harmer. He was a very proud man and had a heart of gold, and would lend a hand to anybody. He loved to hunt and fish, which he instilled in all his grandchildren, which he was very proud of. He is survived by a daughter, Catrina Hammell of Raymond, his friend and caregiver, Linn of the family home in Centralia; 2 brothers, Gary and Steve Lindberg; a sister Gail; grandchildren, Donald Lindberg, Courtney and Aaron Lindberg, Andrew Stigar, Kimberley Cunningham Shermer, Michael Henry-Victor Brown, Cayce Marie Plummer; Great grandchildren, Kayden Joseph-Scott Shermer and Raychole-Marie Genevieve Shermer; 2 nieces and 3 nephews. He also had a sister, Billie Joe, a son Donald W. Lindberg and a daughter Teresa Ann Lindberg who died before him. A Celebration of life will be held 1:00 p.m. Saturday, February 7, 2015 at the Raymond Elks Lodge where full military honors will be accorded. Memorials may be made to the Raymond Fire Department or the Home Hospice Care.

Ernest L. â€œBudâ€ Lindberg 72, died Friday, January 9th 2015 at his home in Centralia, in the arms of his daughter Tina and his companion Lin. Bud was born May 25, 1942 at Raymond to Henry A. and Fern (Frazier) Lindberg. He had lived in Raymond... View Obituary & Service Information

The family of Ernest Lindberg created this Life Tributes page to make it easy to share your memories.

Send flowers to the Lindberg family.