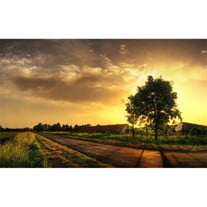 Elizabeth Mae (Orkney) Kuttel, 87, passed away March 31, 2016 at Willapa Harbor Hospital, South Bend, WA. She was born November 9, 1928 in Raymond, WA to Myrtle (Scutvick) and Alexander Orkney. Elizabeth graduated from Raymond High School in 1946. In 1947, Elizabeth married Arnold Schmidt and had two sons. They lived in Wisconsin and Illinois before divorcing. Elizabeth then returned to Raymond where she met Edward Kuttel while taking square dance lessons. They married and had four daughters. Elizabeth and Ed lived in Seaside, California for a year with their young family before returning to Raymond for good. As a young woman, Elizabeth had many jobs including working at a grocery store, crab cannery, an accounting office, Seattle First National Bank, waitressing at Bridges Inn, and even a mouse trap factory in Illinois and an ice cream parlor in San Francisco. Her true career, though, began when she and Ed moved onto the Kuttel Dairy Farm. Even though her days were busy and long, she made time for various community organizations including Pacific County Dairy Wives, Valley Blue Jeans flower club, ladies aid church group and PTA. She also volunteered at Willapa Elementary School as a reading tutor. In her later years, she enjoyed trips to the coast with her sister, cheering for the Mariners, and family gatherings. Elizabeth had a generous soul and there was always an extra plate at her delicious dinner table for old and new friends alike. She hosted yearly Orkney family picnics while she was on the dairy farm and welcomed many young nieces, nephews and cousins who spent their summers experiencing the country life. Elizabeth is survived by her sister Alene Strozyk, her children Donald Schmidt, Wayne Schmidt (Connie) and Nancy Brett (Patrick), seven grandchildren, twelve great grandchildren, and three great great grandchildren. She was preceded in death by her husband of 54 years, Edward; three daughters who died in infancy from Werdnig-Hoffman Disease: Joyce Ann (1956), Jeanette Elizabeth (1961) and Sandra Marie (1964); three sisters (Anna Marie Smith, Geraldine Gerard, Muriel Raimer) and brother Alexander Orkney. A celebration of Elizabeth\\'s life will be held at a later date. Memorial contributions may be made to Seattle Children\\'s Hospital Foundation, M/S S 200, PO Box 5371, Seattle, WA 98145, or your favorite charity. Arrangements are in care of Stoller\\'s Mortuary in Raymond.

The family of Elizabeth Kuttel created this Life Tributes page to make it easy to share your memories.

Send flowers to the Kuttel family.