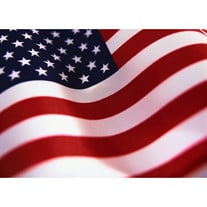 Edward Charles Norman â€œUgly Edâ€ passed away Thursday, May 8, 2014 due to complications from a heart condition; he was 80. Ed was born December 23, 1933 in Raymond, WA to Agnes (Carl) and Howard Norman. He was the third of nine children. Ed grew up in Raymond and joined the Marines at the age of 17 in 1951. He was stationed in Korea. He had just re-enlisted when he heard of the loss of his father Howard, a veteran firefighter and lieutenant, battling an early morning fire at the Rainier Apartments. Ed came home on an honorable hardship discharge to help his mother with the familyâ€™s minor children and business. Ed was proud to be a Marine and saw that all his brothers and oldest son Kenny enlisted. Edâ€™s mother Agnes passed away in an auto accident two years after his return home; leaving Ed with the full responsibility of family and business from which he never wavered. Edâ€™s dedication to family and hard-work defined his life and gave him the title â€œthe Godfatherâ€ to his family. Ed never left Raymond and as a family and business man realized he needed to be involved in the community. He served Raymond as a police officer, Port Commissioner, Commissioner of Public Works, City Commissioner and Mayor of Raymond. He was a life member of the Willapa Harbor Gun Club, V.F.W., American Legion, Eagles and Elks. He was very generous in his volunteer work and support of youth activities. Ed was a strong union man, being a former member of the ILWU Local No. 1, IWA Local 3-30, Teamsters Local No. 699, Culinary Union Local No. 791 and the Shingle Weavers Union. He retired from the job he loved and the great friends he associated with at the ILWU-PMA#24 Aberdeen, the original â€œWild & Crazyâ€ guys. The footprints of Edâ€™s unique and outrageous character were left at every undertaking in his life. He loved and honored his fellow workers and was able to unwind and enjoy some of lifeâ€™s pleasures as he truly believed hard work led to. Ed is survived by siblings Fred, Myrna, Ted, Hal and Bobbie; Pat, Bill and Phil preceded him in death. He is also survived by his wife of 21 years, Jan Norman and his children Kenny (Donna) Lang, Debbie (Jim) Buchannan and Tracy Allison. He is survived by many step-children that he helped raise, Josh, Ben Rachael and Meghan Niles; Brenda Gayle, Vickie Huntley and Valerie Norman. Also surviving him are many grandchildren, great grandchildren and nieces and nephews as well as a great number of friends who will truly miss him, but have great memories to hold on to. Please join us Saturday, June 28th, 2014 for inurnment services at the Fern Hill Cemetery in Menlo at 1:00 p.m. where full military honors will be accorded, followed by a BBQ Reunion of family and friends at the Raymond Elks Lodge. Cremation arrangements were by Neptune Society. Service arrangements were in care of Stollerâ€™s Mortuary in Raymond.

Edward Charles Norman â€œUgly Edâ€ passed away Thursday, May 8, 2014 due to complications from a heart condition; he was 80. Ed was born December 23, 1933 in Raymond, WA to Agnes (Carl) and Howard Norman. He was the third of nine children. Ed... View Obituary & Service Information

The family of Edward Norman created this Life Tributes page to make it easy to share your memories.

Send flowers to the Norman family.