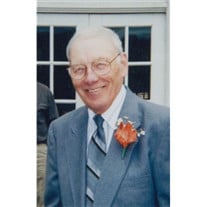 Edward William â€œBillâ€ Campbell, a lifetime Raymond, Washington resident, died at his home March 15th, 2017. Bill, who was born June 21, 1931 to Hurley Earl and Ellie A. (Lakso) Campbell, was 85. Bill grew up in Raymond and attended Raymond schools. Through the years, he developed a love for photography and could often be seen enjoying taking photos of people, places and things. In 2014 he was Willapa Harborâ€™s Citizen of the Year. Interests and hobbies of Billâ€™s included photography and antiquing. He was also an avid hunter and fisherman. He was a lifetime member of the Raymond Eagles Club and the Raymond Elks Lodge. In his younger years he could be found riding his motorcycles with friends. When he spent time at North River, either camping or staying at the family\\'s float house, Bill enjoyed adventures with family and friends. Later he was part of the group that worked to create the 8th Street Park for the girlsâ€™ softball program. During his working career he was a logger, a heavy equipment operator and a Port of Willapa Harbor employee. He also owned and operated Willie Billâ€™s Log Patrol and was a partner in the Top Notch Tavern and Willis Motel businesses. Bill and his wife Lorana Campbell, once owned and operated Trash to Treasures, a local antique shop. He is survived by family members who loved him dearly: three daughters from his marriage to Ruby Campbell: Vicki (Chris) Halpin of Raymond, Wendy (Ed) Cox of Arlington, WA, and Debra (Matt) Croswell of Raymond, four grandchildren: Lindsey (Tim) Rinehart, Cale (Rhandi) Halpin, Amanda (Travis) Pollard, and Blake Brown, eight great grandchildren: Ruby June Rinehart, Lucy Rinehart, Sam Rinehart, Sadie Rinehart, Frankie Halpin, Georgia Halpin, Addison Kay Pollard and Jayden Scott Pollard, several nephews and nieces and one sister, Gloria Cone. In addition to his wife Lorana (Tucker) Campbell, he was preceded in death by his daughter Susan, parents Ellie and Hurley, sister Audrey Ashley, and brothers Frank Campbell, Walter Campbell and Jim Lev. Bill, who was friendly to everyone he met, also leaves behind many friends who cared about him. The family has chosen two local charitable organizations for anyone who would like to make a memorial donation in Billâ€™s memory: The Raymond Schools Foundation, P. O. Box 345, Raymond, WA, 98577 and Willapa Harbor Helping Hands , P. O. Box 597, South Bend, WA 98586. Bill will be greatly missed by everyone who knew him. A Celebration of Life for Bill will be held at the Raymond Elks Lodge on April 15th at 1:00. Cremation arrangements were in care of Stollerâ€™s Mortuary in Raymond.

The family of Edward Campbell created this Life Tributes page to make it easy to share your memories.

Send flowers to the Campbell family.