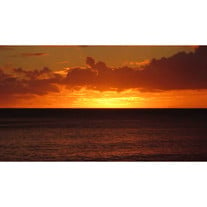 Douglas Ah Sui Kaua Kau Kaua Ika Uma Uma Makaiwi, a Raymond resident died Thursday, June 2, 2016 at the Willapa Harbor Hospital in South Bend; he was 68. Mak was born April 24, 1948 in Honolulu, Hawaii to John Hahakea Barenaba and Isabel Antonia Ashui (Yap) Makaiwi. Mak was raised in Honolulu, HI. He graduated from Farrington High School in 1967, from Wenatchee Junior College in 1969 and eventually Central Washington University in 1973 with a Bachelorâ€™s Degree. He married Marvine A. Thaut June 5, 1970 in Wenatchee, together they moved to Willapa Harbor in 1976; also living in Ellensburg and Winlock, WA. Marvine survives him at the family home in Raymond. Coach Mak was an inspirational physical education teacher and coach. He began his career at Winlock School District in 1973-1976; moving to the Raymond School District in 1976 retiring in 2008. He became a Volleyball Assistant Coach for Pe Ell School District from 2008-2011 before becoming an Assistant Football Coach and Head Track Coach at North Kitsap School District from 2011-2015. Mak also worked as a Nisqually Correctional Officer for the Nisqually Indian Tribe from 2015 to present. Mak was a member of Washington Retired Teacherâ€™s Association, the Washington State Coaches Association as well as Our Saviorâ€™s Lutheran Church and New Life Fellowship Ministries in Raymond. He enjoyed playing his guitar, his ukulele and singing. Papa Mak loved to cook for his family and friends, especially his Hawaiian fried rice. He enjoyed his time playing poker, canasta and crib with family and friends and watching sporting events on the T.V. and attended big games in person. His children also became coaches, he enjoyed watching them lead their teams. Papa Mak adored his grandchildren and watched all of their sporting events as well. Most of all he treasured traveling and spending time with his family. Mak is survived by his wife, Marvine; three daughters, Kaelea Makaiwi of Bremerton, WA, Kabria Amacher of Raymond, WA and Karisa Makaiwi (Hodel) of Lebam; two sons Kalin Makaiwi of Longview, WA and Abe EnaEna of Raymond, WA; a brother Elwood Makaiwi of Ewa Beach, Hawaii and three sisters Ilonian Cluck of Chula Vista, CA and Pat Lamon Makaiwi Kahawai of Kalihi, Hawaii and Ursula Makaiwi of Wahiwa, Hawaii. Papa Mak is also survived by 11 grandchildren. Memorial donations in Makâ€™s memory may be made to Willapa Harbor Helping Hands at P.O. Box 597, South Bend, WA 98586. A Celebration of Life will be held at 2:00 p.m. Saturday, June 18, 2016 at the Swiss Hall in Frances, WA. It will be a potluck for those who would like to contribute their favorite dish, salad or dessert along with Makâ€™s famous Hawaiian Fried Rice!!! Coffee and punch will be available. Aloha Nui Loa, The Makaiwi Family Arrangements were in care of Stollerâ€™s Mortuary in Raymond.

The family of Douglas Makaiwi created this Life Tributes page to make it easy to share your memories.

Send flowers to the Makaiwi family.