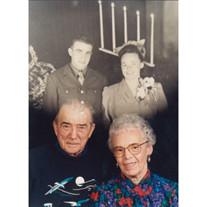 Dorothy Alice Gruginski, a lifetime Pacific County resident died Saturday, September 5, 2015 at her home in Raymond; she was 92. She was born March 24, 1923 in South Bend, Washington to George and May (Millam) Bale. Dorothy was raised in Baleville by great Christian parents, along with her three brothers, grandmother, aunts and uncles and cousins living nearby. She graduated from Raymond High school in 1940, then worked there as secretary to the superintendent (and jack of all trades during the World War II teacher shortage) for the next several years. She married Walter Gruginski in 1943 and continued to live at her parentsâ€™ dairy farm until Walt returned in 1945 from Army service. They established their home in Baleville and Dorothy worked as a public accountant and also did bookkeeping for their own logging outfit. Later she worked at DSHS when Walt was permanently disabled in a logging accident. Dorothy and Walt had no children of their own so they were glad to share their home with 3 nephews from a broken home and loved them as her own. She had grandchildren and great grandchildren without being a mother. Nephew Ken (Sunnylou) Gruginski of McCleary, WA and their children Tony Gruginski, Mary Catherine Burpee and Jonmarie Romero of Tukwilla and their children Jayden, Dominic and John Paul; nephew John (Paulette) Gruginski of Raymond and their Children Ann (Mike) Hillock of Raymond, Robin Guginski of Ocean Park, WA, Mark Gruginski of Tacoma, Tim Gruginski of Raymond, Melinda Wilkeson, Shelly Abraham and and their children Danny, Elizabeth, Alexis, McKenzie, Grace, Domnic, Austin, Skylar and Douglas; and nephew Walter Edward Gruginski of Tacoma and a niece Marylou Pitt of Tacoma and her children Jim Pitt, John Pitt and Janice Pitt all of Tacoma. She was an active member of the Raymond Baptist Church since she was 8 years old. Dorothy enjoyed sewing and made most of her own clothes from age 10 on. Later in life becoming a master quilter. She cherished her time with the members of the Willapa Harbor Quilters who started meeting in 1990 and quilting was also a therapeutic for Dorothy since Walt had passed in 1989. Memorial services will be held at 11:00 a.m. Friday, September 18, 2015 at the Raymond Baptist Church in Raymond with a potluck gathering to follow. Cremation arrangements were in care of Stollerâ€™s Mortuary in Raymond.

Dorothy Alice Gruginski, a lifetime Pacific County resident died Saturday, September 5, 2015 at her home in Raymond; she was 92. She was born March 24, 1923 in South Bend, Washington to George and May (Millam) Bale. Dorothy was raised in Baleville... View Obituary & Service Information

The family of Dorothy Gruginski created this Life Tributes page to make it easy to share your memories.

Send flowers to the Gruginski family.