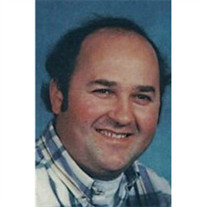 On November 24th, 2015 Dennis Gene Green (Tucker) age 70, passed away at Willapa Harbor Hospital from complications of Pneumonia. Dennis was born on December 9th, 1944 in Lynch, Nebraska to Cecil E and Matilda Green. He was the youngest of 8 children. When Dennis was two years old, Sharon 3, Bob 5, Jeanette 7, Pat 9, Kenneth 11, Carolyn 13, and Marvin 15, the family drove to Raymond, Washington. The year was 1946 and they all traveled there in a 1929 Chevy. They later moved to South Bend, Washington where he attended school from kindergarten through his senior year. He played basketball, football, and enjoyed dances at the Eagles Hall. He especially liked the stomping they did when listening to the \\\Ricky Tick\\\" song. He volunteered in the Army at the age of 19 in 1964. He spent time at Fort Ord, California; Fort Benjamin Harrison, Indiana, and Fort Lewis. At Fort Lewis he was one of 8 payroll clerks who paid 80,000 troops in cash. He was paid $100.00 a month. It was only one month later after leaving the Army that his whole company was sent to Vietnam. After leaving the Army, Dennis went to work at Weyerhaeuser for several years. Before going to business school in Seattle, he also worked for Philco Ford for a few years. He then came back to South Bend and started working for Paul Janice. During this time he met Pam Bullard. On September 4th, 1976 Pam and Dennis were married. Dennis started his own construction business called \\\"Green Builders\\\". He enjoyed remodeling, because to him it was a challenge. He was very good and very particular about his work. In 1980 Dennis built a home in the Menlo area while living next door. Over the years they had three children, Cindy, Kevin, and Justin. After 21 years working as a Carpenter, Dennis was forced to quit doing what he enjoyed because of poor and declining health. Dennis was able to stay productive by maintaining his and his mother-in- lawâ€™s homes. He had many fond hours of babysitting his own son Justin, and later three of his grandchildren. Dennis had a fishing boat and enjoyed fishing and catching salmon. He also enjoyed going out hunting for deer and elk. He even reloaded his own shells. He was a great family man and always did things with the children. Dennis liked to play baseball with his kids. He attended many school functions for his kids and grandkids. His grandchildren always loved to help him with gardening, mowing, making repairs, and taking walks. Dennis is survived by his wife of 39 years Pam Green, and three children Cindy (Judd) Comer, Kevin (Sara) Green, and Justin Green. He also has four grandchildren, Brandon, Kayla, Dalton Corner, and Teagan Green. He is further survived by his siblings Carolyn (Dale) Catira Rutherford, Pat Heath, Jeanette Green, Bob Green, and Sharon Monohon and numerous nieces and nephews. A viewing will take place at Stollerâ€™s Mortuary on Sunday, December 6. A Rosary will be held on Sunday, December 6 at 5:00 p.m. at the St. Lawrence Catholic Church in Raymond. His funeral service will be held Monday, December 7 at 11:00 a.m. at the St. Lawrence Catholic Church in Raymond. After the graveside service is a reception at the church social hall. His family is requesting that in lieu of flowers, donations be made to Wounded Warriors, NRA, or Harbor Home Health.

On November 24th, 2015 Dennis Gene Green (Tucker) age 70, passed away at Willapa Harbor Hospital from complications of Pneumonia. Dennis was born on December 9th, 1944 in Lynch, Nebraska to Cecil E and Matilda Green. He was the youngest of... View Obituary & Service Information

The family of Dennis Green created this Life Tributes page to make it easy to share your memories.

Send flowers to the Green family.