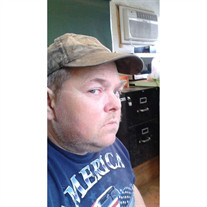 David Ryan Jones, a Raymond resident, died Monday, February 20, 2017 at Providence St. Peters Hospital in Olympia; he was 57. David was born June 15, 1959 in Lynwood, California to Duane and Maxine (Parsons) Jones. David was raised in Norwalk, California, but also lived in other cities within California, including Manteca, Indio, and San Bernardino where he graduated high school. In July of 1976, David moved to Raymond, WA and married his wife, Diana in December of 1976. He worked various jobs before working for Weyerhaeuser for the last 30 years. David enjoyed attending car shows, spending time with family locally and in California, video games, listening to loud music in his car, going to the races and air shows. David loved to help people regardless of if he knew them or not. He was also very proud to support local businesses, and always shopped locally. Surviving David are his mother Maxine Kimbley of Twentynine Palms, CA, his wife Diana of Raymond, and three sons; Carl, Michael, and David Jones all of Raymond. He is also survived by three brothers; Buddy Jones of La Quinta, CA, Greg Jones of Eugene Oregon and Mario Jones of Sierra Vista, AZ, his sister Dana Kimbley Gleason of California as well as 7 grandchildren; Kerstin, Raina, Kolby, Claire, David and Raelynn. David was preceded in death by his father Duane Jones, two brothers Michael Allen Jones and Danny McBride, and his granddaughter Alyssa Emily Jones. Memorial services will be held at 4:00 p.m. Thursday, March 16, 2017 at New Life Fellowship Ministries where there will be a potluck luncheon following. Cremation arrangements are in care of Stollerâ€™s Mortuary in Raymond.

The family of David Jones created this Life Tributes page to make it easy to share your memories.