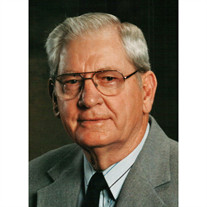 Longtime South Bend resident Dan Carl passed away on October 6, 2013 in Aberdeen, WA. He was 83. Dan â€œJuniorâ€ Carl was born on March 12, 1930 in Raymond, WA to Dan & Mary (Hindelang) Carl. Dan was raised in Harrah, WA, and he attended White Swan High School where he excelled at varsity baseball, basketball, and football. After graduation in 1948, Dan enlisted in the United States Navy. He served a portion of his four years overseas during the Korean War. On April 25, 1953, Dan married Dolores Belmont at the Church of the Immaculate Conception in Raymond, WA. The Carls spent most of their married life in South Bend, WA where they raised their two children, Mike and Kathy. Dan worked in various trades throughout his lifetime including the lumber and grocery industries. He was a meticulous carpenter, and he built many homes in Pacific County. Dan also worked as maintenance superintendent for the South Bend School District. He was a volunteer firefighter for the South Bend Fire Department, and prior to his retirement, he served as the Assistant Fire Chief. Dan was an avid golfer who four times scored the perfect hole-in-one. Dan is survived by Dolores, his wife of sixty years; son Mike (Leanne) Carl of Ocean Shores, daughter Kathy (Norris) Sexton of Aberdeen; grandchildren Kasey (Jeremy) Grove of Hoquiam, Gary (Melissa) Sexton of Grays Harbor, Rachel Carl of Ocean Shores, and Brendan Carl of Buffalo, WY; sister Joyce (Jack) Metcalf of Seattle and sister-in-law Twyla Belmont of Raymond. Dan was preceded in death by his parents and two brothers, Antone and Gerald. Funeral services will be held at 11:00am on Friday, October 11th at Crossroads Church in Raymond, WA. Interment will follow at Fern Hill Cemetery in Menlo, WA. Donations in Dan Carlâ€™s memory can be made to the South Bend Volunteer Fire Department.

The family of Dan Carl created this Life Tributes page to make it easy to share your memories.

Send flowers to the Carl family.