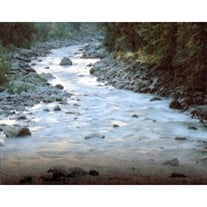 \\\Charles L. to my pals\\\" Chuck passed away on Sunday, June 4, 2017 in South Bend, WA. He was born May 27, 1944 in Ainsworth, Nebraska to Arthur and Freda Booth. The family moved to Puyallup, WA when Chuck was young where he attended school graduating from Puyallup High School with the class of 1962. He played basketball in high school, Junior College and City League with many great memories and stories. Chuck served in the Army National Guard, recently joining the American Legion Post 150 in Raymond, WA. where he loved to visit with friends. Chuck and Kay were married on June 24, 1989 and would have celebrated 28 years of marriage this month. He started his career as a General Motors/Chevrolet Parts Man extraordinaire, retiring from Sunset Chevrolet in Sumner, WA. He always said that he was fortunate to have had a career that he loved. Chuck was a member and Past President of the Kingsmen Car Club of Tacoma and he loved attending car shows with his 1939 Chevrolet or Kay\\'s 1948 Chevrolet. He found a new career with Tacoma Hydraulics, working for dear friend John Sawyer and John Jr. He loved meeting new people and keeping track of old friends. Chuck also enjoyed returning to fish each year, with a great group of friends at TaWeel Resort in Canada. Chuck is survived by his wife Kay, daughter Heather Booth, step-daughters Monica Mason and Julie Clements, sister Phyllis Wilson, and brothers-in-law John Dunsmoor Stan Hatfield and Nick Briney. He was \\\"Papa Chuck\\\" to Toni Layman, William and Richard Boyden, Payton and Cameron Clements, and Bailey, Charli and Easton as well as his special friend Beau Buchanan. He was \\\"Mr. Chuck\\\" to his special Sawyer family and many others. Passing before him were his parents Arthur and Freda Booth, sisters Janice Crawford and Kay Gillmore. A memorial service will be held Thursday, June 22, 2017 at 1:00 in the afternoon at the Willapa Methodist Church, 969 Willapa First Street in Willapa.

\\\Charles L. to my pals\\\" Chuck passed away on Sunday, June 4, 2017 in South Bend, WA. He was born May 27, 1944 in Ainsworth, Nebraska to Arthur and Freda Booth. The family moved to Puyallup, WA when Chuck was young where he attended school... View Obituary & Service Information

The family of Chuck Booth created this Life Tributes page to make it easy to share your memories.

Send flowers to the Booth family.