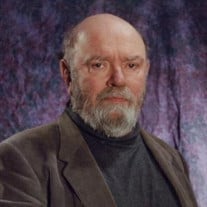 Charles M. Lawrence passed away at home Friday, December 14th, 2018; he was 82. Chuck was born March 5th, 1936 in Redlands, California to Charles M. and Cora Louis (Camp) Lawrence. Chuck was a 1953 graduate of San Bernardino High School. He attended the University of Southern California, where he joined the Navy as a midshipman. Graduating from USC in January 1958, he was commissioned as Ensign in the US Navy. Chuck was assigned to the USS Fort Mandan, Landing Ship Dock 21 (homeport Little Creek Virginia). He served onboard as a communications and electronics officer for two years. His next assignment was on the USS Green, Destroyer Radar 711 (homeport Charleston, South Carolina), as a Lieutenant Junior grade sonar officer. After a few months, he was reassigned to the position of Operations Officer, responsible for the Combat Information Center radar unit as well as the communication and electronics units, a role in which he served onboard for another two years. Chuck was then assigned to Keflavik, Iceland as a Lieutenant for two years as combat intelligence. In 1964 he was assigned to the anti-submarine carrier USS Bennington, Vessel 20 for an additional two years until 1966, when he was assigned to Da Nang, South Vietnam as Communications Officer. He worked in that capacity for a year before being assigned to a Top-Secret Operation. He was discharged from the Navy in May of 1968. Chuck moved to Seattle and began his work for the US Postal Service in 1969. There he met Beverly Gene Bouck. He eventually invited her to listen to music at a cafe lounge. They fell in love and were married on Thanksgiving in 1981. Following their retirement from the post office, they moved to Raymond in 1990. They were married for over thirty years. She preceded him in death in March of 2012. Chuck was a loving husband and a man of faith and honor. He was steadfast in his dedication to family and will be greatly missed. Chuck is survived by his loving step-children, William Kendall Noyes, Peter Carrol Noyes, B. Ann Noyes, James Charles Noyes, and their children. Memorial services will be held at 10:00 a.m. Sunday, December 30, 2018 at the Willapa United Methodist Church. Arrangements are in care of Stoller’s Mortuary in Raymond.

The family of Charles M. Lawrence created this Life Tributes page to make it easy to share your memories.

Send flowers to the Lawrence family.