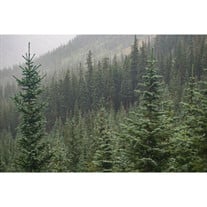 Charles DuWayne Eike died Monday, April 25, 2016 at St. Anthony Hospital in Gig Harbor, WA. Charles was born January 28, 1955 in Ilwaco, WA to George Eike and Vivian Reed. As Charles was attending Naselle High School it led him to getting his apprenticeship at Naselle Saw Shop in Naselle, Wa. As the years went by he worked for Weyerhaeuser, Deep River Logging, BJ Saw Shop, and as Manager at Harbor Saw and Supply in Raymond, WA. Charles enjoyed the outdoors, camping, riding motorcycles, fishing, car rides and spending time with his family and friends. Charles was preceded in death by his father George. His mother Vivian and step-father Arthur Busse survive him in Naselle, WA. Also surviving Charles are four brothers; Kevin Busse of Naselle, Gary Busse of Longview, Bruce Busse of Ilwaco, and Paul Eike of Ilwaco and his sister Sherry Brooks of Lexington, WA. Charles is survived by his five daughters Melanie, Kimry, Kiley, Misty, and Chellsea, all of Raymond, and his son Michael, also of Raymond. In addition, there are 9 grandchildren and 1 great grandson who survive him. In lieu of flowers, gifts, cards may be sent to Kiley & Family PO Box 848 Raymond, WA 98577. A private family memorial will be held.

The family of Charles Eike created this Life Tributes page to make it easy to share your memories.

Send flowers to the Eike family.