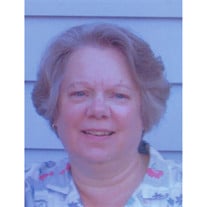 Carol Jean (Greenwell) Totten was born December 30, 1946 in Raymond, WA, to Clarence and Barbara (Lowe) Greenwell. She attended the Raymond schools and graduated in 1965 from Raymond High. It was during these years, in the first grade, when she met her future husband Jim, also a classmate. After high school, she attended Grays Harbor College for 2 years for business. On August 24, 1968, Carol married her childhood sweetheart, Jim Totten at the Raymond First Baptist Church. Throughout the 60â€™s she worked at the O.R. Nevitt Pool, The Wagon Wheel restaurant, and Montgomery Wards. After this time, she transitioned to her title of â€œdomestic goddess.â€ She was also an active leader with local 4-H clubs. As an RHS grad, she seldom missed a football or basketball game, and was very proud to be a â€œSeagull.â€ Carol was a lifelong member of the Raymond First Baptist Church, and her faith in Jesus was her ultimate devotion. She and Jim adopted a son, J.J. Totten, in 1980 and a large amount of her time was spent attending his activities through school and music. Throughout his 30 years of concerts, she never missed a performance. Carol is preceded in death by her grandparents, Orville Lowe and Goldie (Walker) Lowe, Frank Greenwell and Agnes (Bale) Greenwell, mother and father, and brother, Terry Greenwell. She is survived by her husband and son, sister Jan Capps, sisters in-law Bonnie Dalton, Susie Alexander, and Sharon Totten. She has 9 nephews, and 3 nieces, and many cousins. Carol had many fond memories of times with her nephews Pat Greenwell and Jamie Capps. A service to celebrate Carolâ€™s life will be held, February 3, 2018, 2 p.m. at the Raymond First Baptist Church. In lieu of flowers, donations in her memory may be given to Willapa Harbor Helping Hands.

Carol Jean (Greenwell) Totten was born December 30, 1946 in Raymond, WA, to Clarence and Barbara (Lowe) Greenwell. She attended the Raymond schools and graduated in 1965 from Raymond High. It was during these years, in the first grade, when... View Obituary & Service Information

The family of Carol Totten created this Life Tributes page to make it easy to share your memories.

Send flowers to the Totten family.