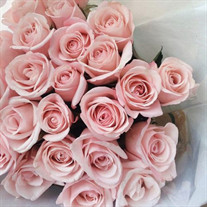 Brenda Rae Ward, a South Bend resident, died peacefully surrounded by family Sunday, November 5, 2017; she was 53. She was born October 29, 1964 in Aberdeen, Washington to Raymond L. and Evelyn M. (Goodenough) Ward. After graduating from Ocosta High School in 1983, she attended Grays Harbor College. Brenda worked as a food processor at Ocean Spray Cranberries Inc. in Markham, Wash. from 1981 until 2016. Some of her favorite hobbies were singing karaoke with friends, hiking, camping, clam digging, boating, fishing, and her grandchildren lovingly referred to her as â€œSeahawks Grandmaâ€ . Brenda is survived by her father Raymond Ward, of McCleary Wash., her son Christopher â€œChrisâ€ A. Killion of McMinniville OR, her daughter-in-law Jaci Mosser-Killion, her brother Brigham A. (Debbee) Ward of Tonasket, Wash. and her two sisters Janene L. (Dale) Petersen and Carlene K. (Allyn) Madding. She is also survived by 4 grandchildren Allie, Mahkya, Issac, and Alyvia. She was preceded in death by her Mother Evelyn M. Ward Don Williams, Rosie Adcox-Scott and Marie â€œFloâ€ Richter were very special friends. A gathering for family and friends will be held at a later date.

The family of Brenda Ward created this Life Tributes page to make it easy to share your memories.

Send flowers to the Ward family.