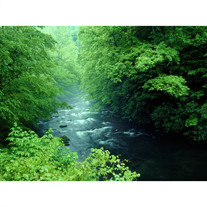 Bounmy Phommachanh, a Raymond resident, died Tuesday, September 12, 2017 at Morton General Hospital; he was 60. Bounmy was born January 1, 1957 in Nong Lam Chanh, Savannakhet, Laos to Chanheua Phommachanh and Soughanh Soukhavilay. He married Nouanchanh Ketthavong in September of 1982 in Nong Lam Chanh, Savannakhet, Laos. Together they moved to the United States and lived in Rockford, IL, San Diego, CA and Fresno, CA before making Raymond their home in December of 1992. Bounmy worked as a laborer for Custom Seafoods for many years, until his health weakened. He enjoyed fishing, dogs, and the great outdoors. Bounmy is survived by his wife, Nouanchanh Phommachanh of Raymond, his sons Pavy Phommachanh and Pavath Phommachanh both of Raymond, Alvin Phommachanh of Pullman, his daughter Joy Phommachanh of Bothell, his brother, Kam Soukhavilay of Watauga, TX and his sister, Thar Soukhavilay of Nong Lam Chanh, Laos. He was preceded in death by his parents and his brother Bounkhong Soukhavilay of Nong Lam Chanh. Traditional Buddhist services will be held at 1:00 PM, Saturday, September 16, 2017 at Stollerâ€™s Mortuary in Raymond.

The family of Bounmy Phommachanh created this Life Tributes page to make it easy to share your memories.

Send flowers to the Phommachanh family.