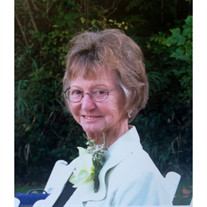 It is with great sadness the family of Bobbie Lou Bailey announces her passing after fighting battles with cancer on May 28, 2016 at the age of 78. Bobbie Lou will be greatly remembered by her life partner, John Bright of Raymond. He was her best friend, loyal and steadfast companion until she felt no more pain and suffering in her final days. Bobbie will be missed by her two daughters, Dureen R. Brown and Jodi L. Freeman along with their families. She will also be fondly remembered by her grandchildren and great grandchildren, whom she treasured dearly and brought her much joy, Dureen\\'s children: Torrie Matlock, husband Patrick and their children Olivia and Lauren; Ashley Jarvis, husband Sean and their children Max and Liam. All of Raymond, WA as well as Jodi\\'s children Ryan Freeman and his daughter Rylee and Josh Freeman all of Raymond, WA Bobbie was born April 26, 1938 to Cecil and Edyth Franklin whom resided in Pettigrew Arkansas at her birth. She had one brother, Lester (Leck) F. Franklin. Lester passed several years ago in Spokane WA. Her parents preceded her in death also. In her early years, Bobbie grew up in Pettigrew, Arkansas prior to coming to Raymond with her family. Her family moved to the Pacific Northwest seeking employment and settled in Raymond. Bobbie attended Raymond Schools with the Class of 1957. She worked various jobs throughout her life. When Raymond was booming, she worked at Spikes Tavern on 1st Street under Alvira Boothe. Bridges Inn Restaurant under Mabel Bridges, she always had many wonderful stories to tell while waitressing at Bridges Inn. She drove school bus for Raymond Schools and eventually retired from Coast Seafood. Bobbie was actively involved in a Cancer Group in Raymond along with the Raymond Class of 1957 meetings monthly meetings and she took great pride in assisting with reunion organization for her class. She kept in touch with many from her class and loved talking about \\\Back in the Day Antic\\'s.\\\" She was involved in several local organizations back in the day. Her main focus was her Cancer Group and Class of 1957. Bobbie Lou was the Matriarch of Stephens Road in Raymond as she resided at this address for 50 years. She loved her neighborhood and keeping tabs on the activity, making sure nothing was amiss. Her neighbors are her lifelong friends and she appreciates them dearly. A celebration of Bobbie\\'s life will be held June 17, 2016 at 1:00 pm at The Barge Restaurant in Raymond, WA. Ronald Black will officiate the service. Cremation arrangements were in care of Stollerâ€™s Mortuary in Raymond. "

It is with great sadness the family of Bobbie Lou Bailey announces her passing after fighting battles with cancer on May 28, 2016 at the age of 78. Bobbie Lou will be greatly remembered by her life partner, John Bright of Raymond. He was her... View Obituary & Service Information

The family of Bobbie Bailey created this Life Tributes page to make it easy to share your memories.

It is with great sadness the family of Bobbie Lou Bailey announces...

Send flowers to the Bailey family.