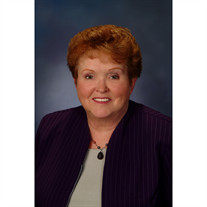 Our dear mom passed away peacefully on Thanksgiving, just days after a diagnosis of a brain tumor. Her entire family and many friends visited her at the Willapa Harbor Hospital prior to her drifting into a coma, and she was visibly joyful to see those who loved her at her side. Arvilla was born Arvilla Nora Moe in 1932 in International Falls, Minnesota, to a large family of humble means; as a young woman, the family moved to Tacoma, Washington and ultimately Bay Center, Washington. Arvilla graduated from South Bend High School and married her classmate, Tom Moore. During her senior year of high school, Arvilla crafted and sewed her entire wardrobe, and proudly won the award for â€œbest dressed.â€ Arvilla and Tom had three daughters, Dianne Fuller (husband Mike Fuller), Debra Bostwick (significant other Rick Minshull), and Patricia Shults (husband Louie Runge). During their marriage, Arvilla and Tom enjoyed frequent trips to Reno, attending Dinner Dance, and their entourage of friends. Arvilla was employed for over 20 years by Rayâ€™s Food Store, and retired as a member of the Retail Clerks Union. After her first retirement, she subsequently worked for the Raymond and South Bend School Districts as a special education aide, Seafirst Bank, and Pioneer Grocery before starting a whole new life and career in Olympia as a successful real estate agent, and then as a mortgage specialist. In the mid-1990â€™s, she returned and purchased the old South Bend Bakery, remodeled, and opened Casa Râ€™Villa. While her exuberance and hospitality were not enough to keep the doors open, she was proud to have given restauranteur-ship a try. Throughout her life, Arvilla was an active community member; she was awarded Person of the Year by the Willapa Harbor Chamber of Commerce, the Lifetime Achievement Award by the Lacey Chamber of Commerce, and additionally was a member of the Beta Sigma Phi Sorority, Raymond Elks, Raymond Eagle, and she was the expert oyster fry-cook for the South Bend Labor Day booth. In years past she organized and managed the Miss Labor Day pageant and float which travelled to area festivals and promoted Come and Play on Labor Day. Arvilla was an accomplished seamstress; she made the wedding gowns for both Dianne and Debbie, and the bridesmaids dresses for all three daughtersâ€™ weddings, as well as her own mother-of-the-bride dresses. Her grandchildren and great-grandchildren were also the well-dressed recipients of her handiwork. She was a terrific cook and kept a lovely home, hosting most holiday get-togethers; Christmas was not complete without her â€˜lutefisk and lefse.â€™ Always a risk taker, she loved a game of chance, and the area casinos will sorely miss her. Arvilla is survived by her three daughters Dianne Fuller, Debra Bostwick and Patricia Shults; sisters Carol Brown and Sharon Moe, brothers Norman and Howard Moe. She was extremely proud of her family, including her grandchildren: Robert Preinesberger, Chris Fuller, Denise (Fuller) Heckes, Amanda (Fuller) Leneker, Andrew Preinesberger, Bradley Shults and Allison Shults; step-grandchildren Mitch and Chance Runge, and her 9 great-grandchildren: Natalie and Payton Preinesberger, Alex and Grace Heckes, Dylan Preinesberger, Audrey and Olivia Leneker, James and Carissa Fuller. She had many, many special friends throughout her life who gave her great joy and companionship. A celebration of Arvillaâ€™s life will be held at 1:00 p.m. on January 13, 2018, with a service at the South Bend United Methodist Church and reception to follow at the Raymond Eagle\\'s Club. Donations in lieu of flowers may be sent to the Willapa Harbor Hospital Auxiliary or Willapa Harbor Helping Hands. Cremation arrangements are in care of Stollerâ€™s Mortuary in Raymond.

Our dear mom passed away peacefully on Thanksgiving, just days after a diagnosis of a brain tumor. Her entire family and many friends visited her at the Willapa Harbor Hospital prior to her drifting into a coma, and she was visibly joyful to... View Obituary & Service Information

The family of Arvilla Moore created this Life Tributes page to make it easy to share your memories.

Our dear mom passed away peacefully on Thanksgiving, just days...

Send flowers to the Moore family.