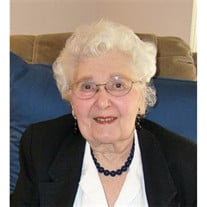 Amelia â€œAmyâ€ Gudyka, a former Raymond resident, died Wednesday, May 2, 2018 at Starlake Adult Family Home in Kent; she was 99. Amy was born June 15, 1918 in Walville, WA. Amy married Anthony Gudyka, they were married 69 years before he preceded her in death in 2003. For many years, she and her husband owned and operated both the Pe Ell Bakery, and after moving to Raymond, Tonyâ€™s Variety Store. She also worked for more than ten years at Sagenâ€™s Pharmacy in Raymond. Together they traveled all over the western states with their camping group. They also enjoyed their trips to the Golden Vista Resort at Apache Junction in Arizona as snow birds for seventeen years Amy was a member of the Rebeccaâ€™s and Raymond Elks Lodges as well as the Eagles and Garden Club. She loved gardening, clam digging, dancing, pinochle and watching the Seattle Seahawks and Marinerâ€™s, she was a big fan of Ichiro. She is survived by a son Gary (Kathy) Gudyka of Kent, two daughters, Barbara Peretti of Seattle and Betty Cox of Kelso, grandchildren Dino, Rico, Bill, Tonay and Jon, great grandchildren Briana, Domanique, Dominic, Danielle, William, Maria, Christopher, Derek, Nicole, Hayden, Taylor, Alyana and two great-great grandsons Hudson and Jaxxon and many nieces and nephews. Amy was preceded in death by her husband Tony, sisters Mary, Anna and Josephine, a brother Edward and a son-in-law Melvin. Graveside services will be held 11:00 a.m. Saturday, May 19, 2018 at the Fern Hill Cemetery in Menlo. All are welcomed to a reception at the Burger Barge immediately following the service. Memorial donations may be made in Amyâ€™s name to H.A.V.A. Heart at P.O. Box 243, Raymond, WA 98577 or the North Pacific County Food Bank at 1899 Park Ave, Raymond, WA 98577 Arrangements are in care of Stollerâ€™s Mortuary in Raymond.

Amelia â€œAmyâ€ Gudyka, a former Raymond resident, died Wednesday, May 2, 2018 at Starlake Adult Family Home in Kent; she was 99. Amy was born June 15, 1918 in Walville, WA. Amy married Anthony Gudyka, they were married 69 years before he... View Obituary & Service Information

The family of Amelia Gudyka created this Life Tributes page to make it easy to share your memories.

Send flowers to the Gudyka family.